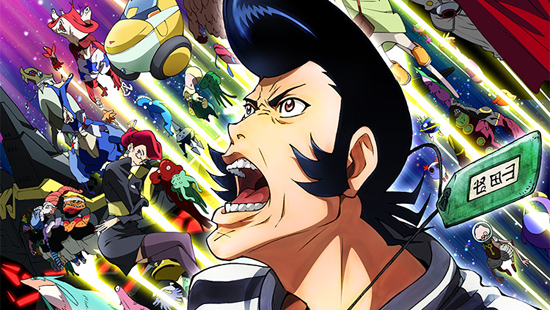 Sure, you youngsters have youth and energy and dreams and all that good stuff, but you did miss out on the release of one of the great arcade classics: Namco’s Galaga, a Space Invaders-style shooter in which you’re tasked with blowing up waves and waves of aliens that look a lot like bees.

But now you whippersnappers with your “intelligent phones” have a chance to try to beat my high score (ha, good luck!) thanks to a tie-in with upcoming sci-fi series Space Dandy. Namco has reworked Galaga for iOS and Android to include characters and ships from the show, and is releasing the app for free (though as is often the case these days, there are some in-app purchases). It’ll debut next year, ostensibly alongside the show itself.

Check out the trailer below and see you on the leaderboards. Now get off my lawn.