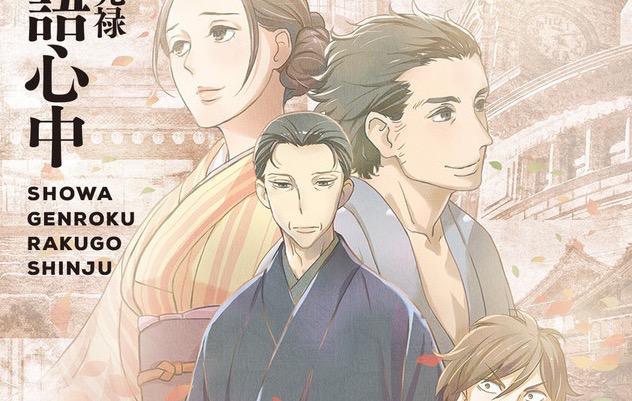 There’s a lot of anime centered around the arts. While we’ve seen plenty about pop stars and even a few about anime and manga themselves, I think this might be the first one to be about rakugo.

Rakugo is a traditional Japanese form of entertainment where a single speaker performs a story while playing multiple characters. In modern times rakugo isn’t super popular, especially to those outside of Japan. That just makes this show even more interesting to me.

Shōwa Genroku Rakugo Shinjū starts off in modern Japan with a criminal being released from prison. While he was in jail he fell in love with the performance of famous rakugo performer Yakumo. That was when he decided to turn his life around and learn rakugo under Yakumo’s apprenticeship. At the end of the first episode, the setting of the story shifts, and now it’s about Yakumo’s life growing up in the mid-20th century.

Keeping in line with the art of rakugo, Shōwa Genroku Rakugo Shinjū is a very dialogue-heavy show. Almost every point in the story is moved along using either narration or conversations between characters. Thankfully this is all very well written, so the show does very well to use this to give us a good amount of characterization for the cast. Each character has a strong personality that is almost instantly recognized once they’re introduced.

There are rakugo performances done by the characters numerous times, and I’m actually surprised how much I enjoyed them. Not because I had any negative expectations of rakugo itself, but I did expect the language barrier and cultural differences in comedy to have a pretty big impact. I was glad to find that neither of these were issues at all. The voice actors do extremely well in performing these stories and I found myself becoming more and more wrapped up in the stories. Not only were the vocal performances very on point, but the way that the animators manipulated the gestures and dispositions of the characters during their rakugo sold the performances even more. While there is some visual aid added in by the artists, the majority of what we see is the character kneeling down and talking. It takes an amazing amount of skill to make that as engaging as it is. 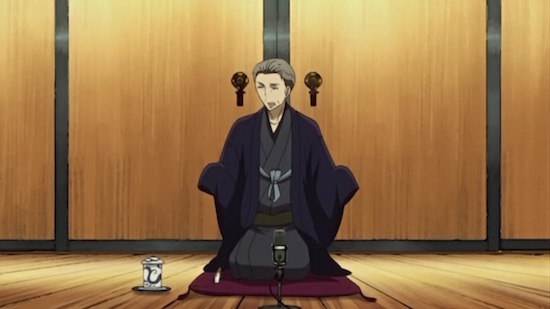 Outside of the actual rakugo performances, the show still has a very compelling story. We see a young man abandoned by his parents grow up and live through a changing world. It’s a great experience to see Yakumo retell his life and see him go through troubles like his world getting turned upside down by World War II and the fear of rakugo becoming a dead art.

Shōwa Genroku Rakugo Shinjū is a must-watch for this season. It has great dialogue and truly human characters. Hopefully you’ll walk away with an appreciation for an art form you didn’t even know existed.