Shadowverse: Champion’s Battle Coming Out in English This Summer 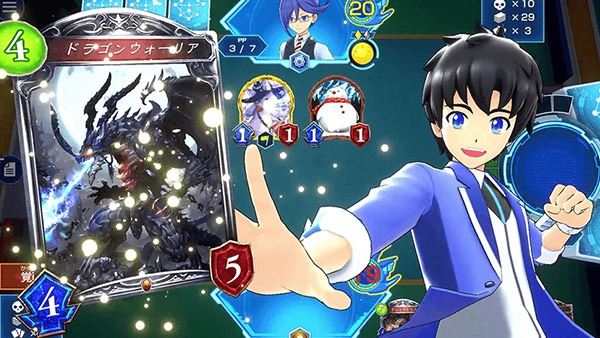 Shadowverse: Champion’s Battle, which debuted in Japan last fall, will become available to Western gamers this summer. However, the exact date hasn’t been revealed yet. This Nintendo Switch game is a continuation of the online game Shadowverse. An English trailer recently dropped.

This is the description given of the game:

“In Shadowverse: Champion’s Battle, players take the role of a transfer student to Tensei Academy, where they are quickly introduced to the Shadowverse card game by their classmate, Hiro Ryugasaki. The new friends team up with Shadowverse club president (and only member) Rei on a quest to master the popular card battle game and restore the club to its former glory by winning the national championship. Throughout their adventures, players will be able to explore unique locations around the school and surrounding town, where events and encounters await in the least expected places. Team up with new friends, battle to become the national champions, and save the Shadowverse Club for future generations!”