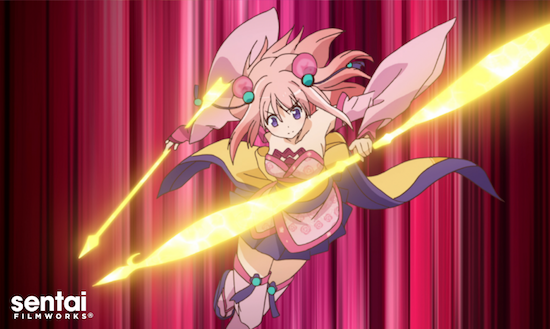 Sentai Filmworks announced the acquisition of Onigiri, based on CyberStep’s MMORPG. The 13-episode short-format anime series starts airing in Japan on April 7, and Sentai will be bringing it to select digital outlets.

One of the outlets is The Anime Network, which announced plans to simulcast Onigiri worldwide (except for China and Japan) starting April 6. New episodes will stream every Wednesday at 12:05pm EDT.

Set in mystical Japan, this is the story of young girls rising up to fight the Kamikui, powerful and ancient beings of darkness.

Takashi Yamamoto (A Dark Rabbit Has Seven Lives) directs, with Takamitsu Kouno (Utawarerumono: The False Faces) on series composition for the Pierrot Plus production.