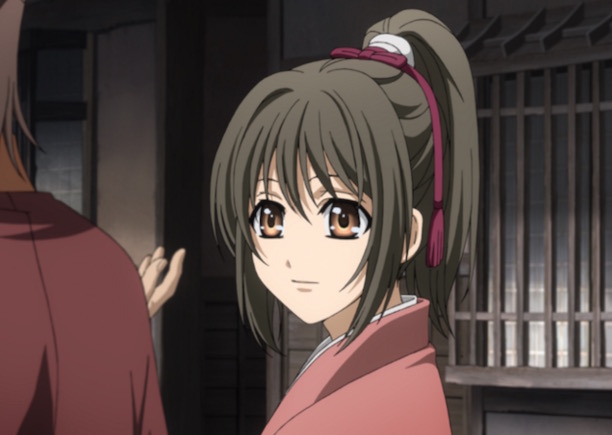 Sentai Filmworks announced the acquisition of another license earlier today. This time it’s Hakuoki ~ Demon of the Floating Blossom: Wild Dance of Kyoto, the first of two films that originally premiered in Japan back in 2013.

Osamu Yamasaki (Hakkenden: Eight Dogs of the East) directs the film, with Atsuko Nakajima (Ranma 1/2, Get Backers) on animation direction and character designs for the Studio DEEN production.

Hakuoki ~ Demon of the Floating Blossom: Wild Dance of Kyoto is coming to select digital outlets, with a home video release to follow. Here’s Sentai’s synopsis:

In this theatrical feature based on the popular game and anime series, Chizuru Yukimura heads to Kyoto in search of her father, a doctor who has disappeared. However, she soon discovers that the city hides deadly creatures within its shadows, and that a fearsome group of swordsmen, the famed Shinsengumi, help maintain a tenuous peace. As both parties attempt to find the missing doctor, Chizuru and the men of the Shinsengumi will discover things about themselves that they would rather have left a mystery.