With the DVD and Blu-ray release of horror anime Another scheduled for July 30, Sentai Filmworks officially rolled out the English dub cast information. Christopher Ayres serves as ADR Director, and the full cast features plenty of familiar names to fans of dubbed anime. 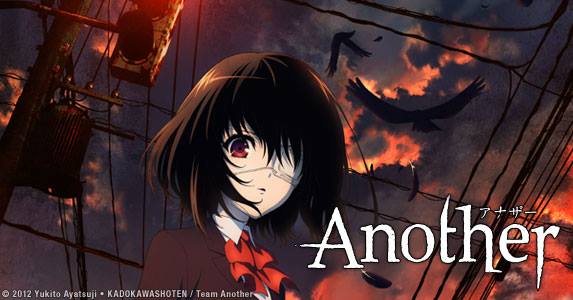 For those who haven’t seen the series yet, here’s Sentai’s synopsis of Another:

Mei Misaki was cute, athletic and one of the most popular girls in her school. Why should a little thing like death change that? Now, 23 years after Mei’s mysterious demise, a new transfer student discovers that not only is his school’s student body one corpse short of a full roster, but that some secrets never leave high school. And what’s more, all of this may somehow be tied into his own family past. What is the secret and how does it all connect? And even if Kouichi does figure it out, will that knowledge help save him? As the school bells toll a deadly dirge and students begin to die, things that were never properly buried come back to haunt the high school of the damned in ANOTHER!

The Blu-ray and DVD can be pre-ordered here and here, respectively.