Bummed out at the long wait for The Legend of Zelda: Breath of the Wild? This may help.

Nintendo is teaming up with SCRAP Entertainment to create a real escape game based on the Zelda franchise, it was reported today. 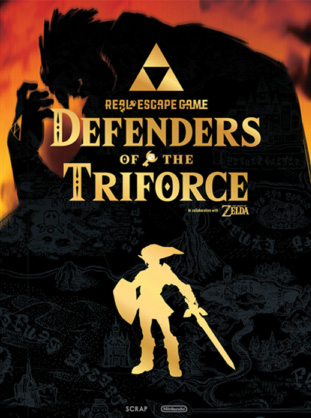 The escape game, entitled Defenders of the Triforce, is a “unique and interactive live puzzle event where teams solve mysteries and clues within a time limit” with a Legend of Zelda theme.

The following dates and cities have been announced:

According to the FAQ, Defenders of the Triforce “is NOT a traditional escape room (i.e. locked inside a room). It is a fully hosted, story-based escape event designed for puzzle fans and fans of the Zelda franchise. There will be multiple teams in the event space all participating at the same time, and each team will have their own table to work at when not exploring.”

SCRAP Entertainment previously ran an escape game based on Attack on Titan.