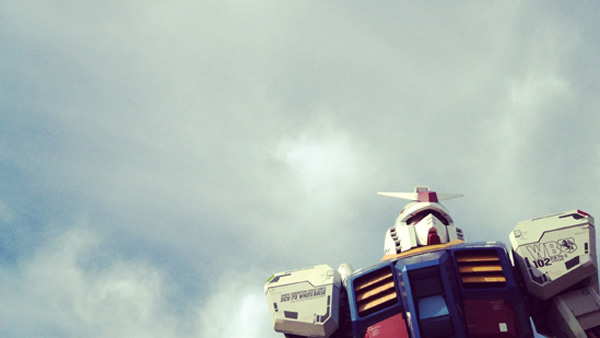 It’s a go-to for anime otaku visiting Tokyo, but not for much longer: the life-size Gundam statue that towers over Odaiba, Tokyo, will fade into stardust memory this March 5.

That’s not the only sad news: Gundam Front Tokyo, the Gundam-centric complex in the same place, will close a month later on April 5.

A feat of engineering magic and some serious mecha geekery, the 18-meter high statue, modeled after the original series’ RX-78-2, was first unveiled in 2009 for the franchise’s 30th anniversary. The statue has already been moved once, to Shizuoka, but returned to its current location in 2012.

In 2014, a project was announced to make a moving version of the Gundam by 2019. Is the statue being removed from Odaiba to equip it with moving parts? Probably not, but an otaku can dream.

Visitors to Japan after March 5 will miss the RX-78-2, but they can always check out this oddball set of other life-size robots.