Sakura Quest is a Compelling Experiment in Animated Storytelling 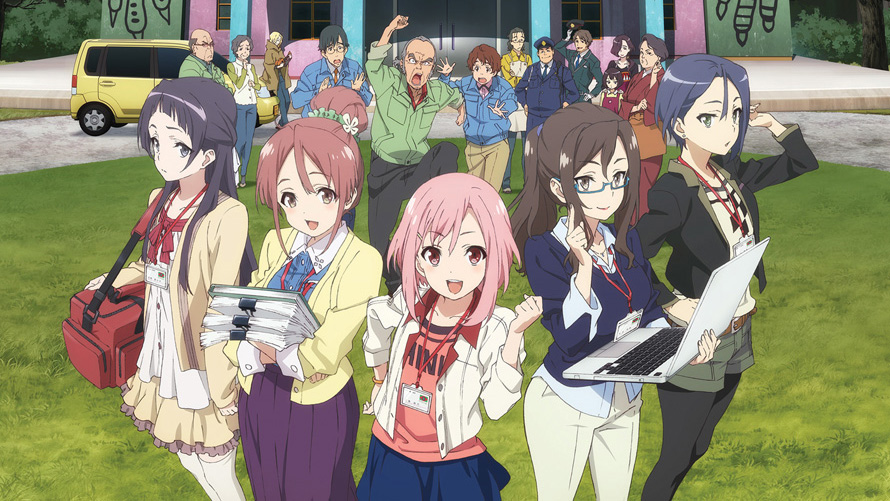 Yoshino Koharu has found herself in a bit of bind. She’s on the edge of graduating from college and she’s searching for full-time employment in the sleepless metropolis of Tokyo, because Tokyo is where everything happens. The problem is she’s already had 30 different interviews and just as many rejections in the process. In addition, the only other option she has is to move back in with her parents who live in the countryside. Her parents don’t want to keep paying for her to live in the capital if she’s going to be stuck as an unemployed moocher for an undefined period of time. So at this point, she’ll take whatever job she can find.

Fortunately, Yoshino’s abysmal luck turns around in a flash when she agrees to take on a job offer from Manoyama, a rural village asking her to become their “queen” as part of a project to revitalize their struggling economy. But what she thought would be a one-day modeling gig is actually a full-year contract, and now she’s found herself caught between a bigger rock and a harder place: Abandon the gig and head back to Tokyo even though she has nothing there waiting for her, or stay in Manoyama and try to make a difference with the opportunity handed to her. Joining her in her attempts to reinvent Manoyama and make it a captivating tourist destination once again are village native Shiori Shinomiya, small-time celebrity Maki Midorikawa, web entrepreneur Sanae Kozuki, and the stoic occult fanatic Ririko Oribe. 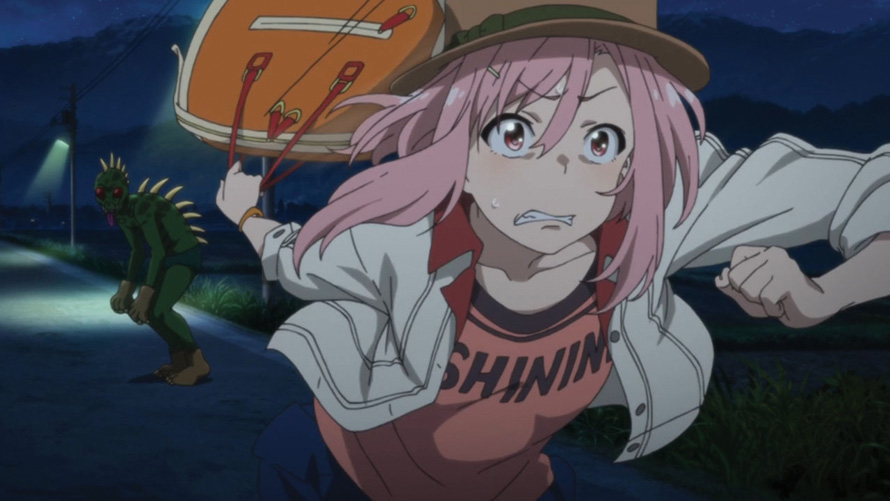 This is the titular “quest” that propels Sakura Quest, a 2017 slice-of-life anime with animation by P.A. Works. This is an original series not adapted from any existing manga, and what makes the show unique is that it tackles a subject that’s never really been touched in an anime series before. While you’ll be forgiven for thinking that Manoyama is an actual place, the primary conflict Yoshino finds herself facing is anything but fictional. Real-life Japan has recently found itself plagued by a population that’s found itself aging and shrinking simultaneously. Younger generations have been moving to more populated urban areas in the hopes of finding decent work, while rural areas are being left behind, struggling to hold their own to withstand the test of time. It’s a conundrum that’s clearly visible when you watch: The residents of Manoyama no longer dream of reliving the glory days, and have ultimately resigned themselves to their fates, while Yoshino originally left her rural birthplace to search for bigger opportunities in Tokyo, and she has no intention of returning anytime soon. It’s a crisis that’s not played for laughs and is provided an appropriate, sentimental focus.

Sakura Quest is at its best when it tackles the uphill struggle of trying to bring a little-known habitat into a hardly existing spotlight. P.A. Works has excelled at making anime that portray working-world subjects in an entertaining and endearing way. In fact, the series carries a torch that’s been passed by the likes of Hanasaku Iroha and Shirobako, both P.A. Works anime that place a sincere spotlight on real-life subjects, such as running a Japanese inn and producing an anime series, respectively. Sakura Quest can be considered the third entry in this “trilogy,” and like its predecessors, part of its strength comes from its pacing. It takes time to establish its universe and its projects. This is an anime that never lingers too long on a single scene, but never goes so fast that the audience can’t keep up. 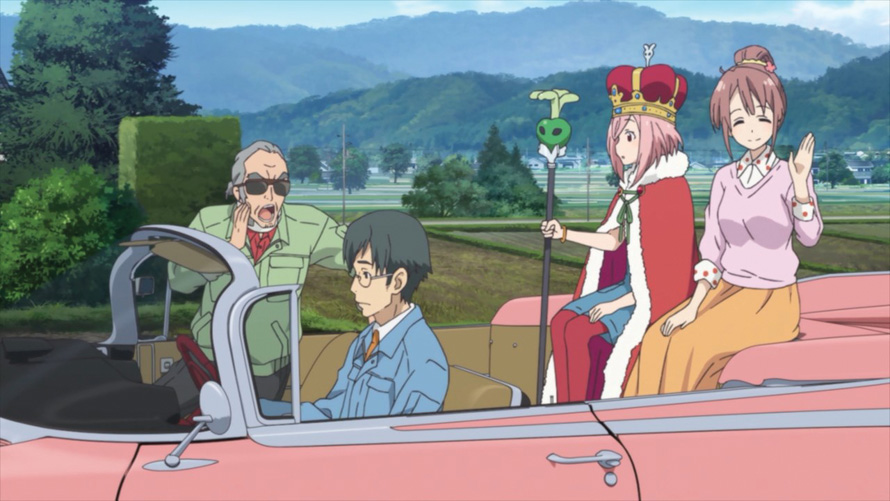 Sakura Quest has crisp animation and an impressive commentary on the real world. Its characters are real and endearing, never falling into any major cliché traps. There are always multiple angles to a single event. If a flaw were to be identified, it would be the anime’s own desire to separate itself from more conventional genres. In Sakura Quest, there are no dragons or demons, there are no giant robots, there are no magical girls, and there are no dragons and demons fighting against giant robots disguised as magical girls. The closest the audience gets to actual fantasy are the episode titles, such as “The Gathering of the Five Champions” and “The Budding Yggdrasil.” All the titles invoke a mystical reality, as if Yoshino and Manoyama were part of a fairy tale that would ultimately reach a happy ending. But that ending is easier said than done, as Yoshino and her friends find out. Most of their projects often end in failure, primarily due to the villagers, who clearly display no interest in reviving their economy if it means changing their traditions, clinging to them like a drowning man clinging to a log.

Similarly, at the center of this is how the show tackles the subject of young adults in their 20s trying to find their own paths. Yoshino and her friends, as mature as they are, are just not sure what their next plans are, but it’s clear they’ve met face to face with defeat at some point in their lives before they met each other. They have interests, but none of them have long-term career plans. In other words, Sakura Quest is not a sugar-coated escape plan: It’s a story about reality, and how people confront the sheer premise of things going wrong. In a medium where people are so used to seeing characters win, this is a jarring contrast for viewers who are seeing this show for the first time, just because of how real it all is. This commitment to realism, however, manages to be its greatest asset, making its characters all the more believable and endearing. 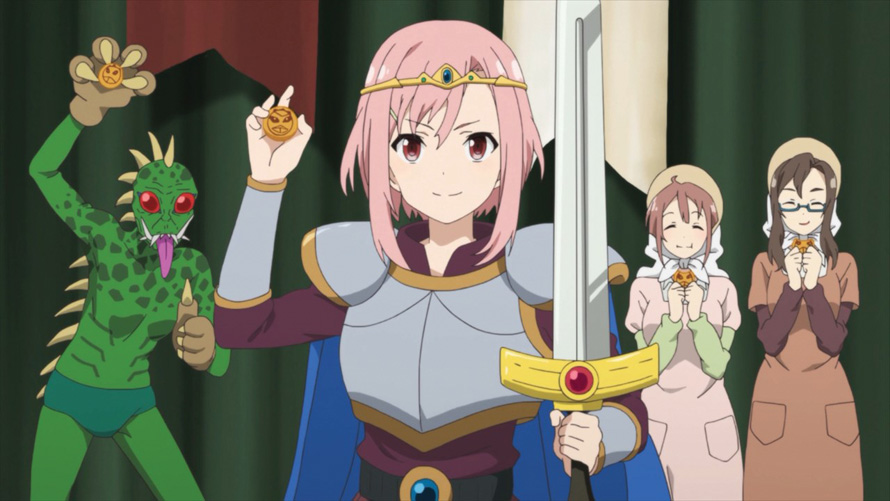 Sakura Quest is a compelling experiment in animated storytelling. And for an anime focusing on prefectural pride and small-town hijinks, it makes a pretty strong case for itself. Although the realities it presents can prove to be quite depressing at times, the anime remains optimistic and earnest in its plans, almost as if it’s trying to teach us a lesson about how to operate our own lives, especially if you’re a recent graduate struggling to find your place in the world.

Sakura Quest is available from Crunchyroll and FUNimation.

This story appears in the October 2017 issue of Otaku USA Magazine. 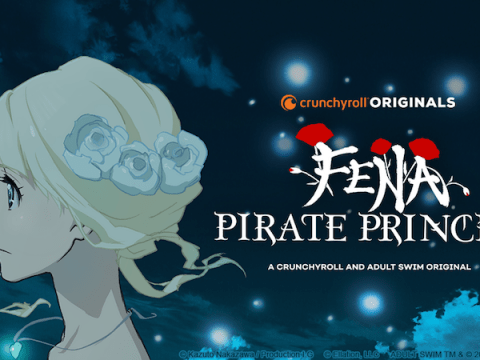 Hunter x Hunter Manga to Go Back on Hiatus
After Years Away, Brock and Misty Return to Pokemon Anime