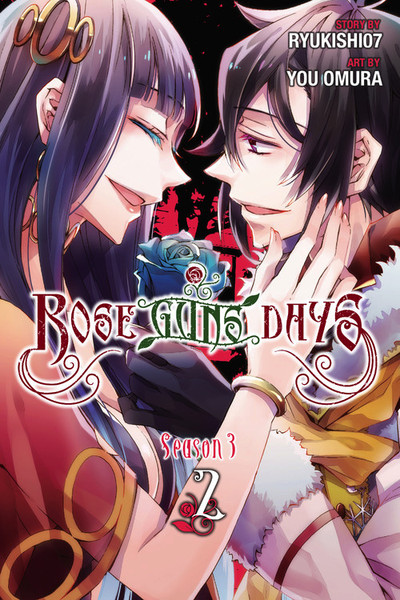 In an alternate-universe 1949, Japan is even more devastated by World War II than in our universe, and hordes of Chinese and American immigrants move into the depopulated country after the war. Native Japanese find themselves a minority in their own homeland; most adopt English names to get by, and Japanese crime organizations, modeled after Western gangsters, try to protect the common people’s needs. In Tokyo’s district 23, the Japanese gangs are led by Rose Primavera, a beautiful woman who does what she must so that future generations of Japanese can thrive.

The multiple Rose Guns Days manga are based on a visual novel series created by indie game developer Ryukishi07 (Higurashi When They Cry). The world is the star here; each manga, with different protagonists, more or less stands on its own. In Season 3, the heroes are Alan and Keith, gangster buddies who love a good brawl. Keith, an expert sniper, cares only about his friend and about killing the targets Madame Primavera chooses for him; but Alan has girl problems, having fallen for the beautiful Yuki, a classy lady who hates gangsters and can never know about Alan’s secret life (“I hate violent Mafia types. They should just all go die!”). Meanwhile, Stella, a beautiful prostitute with a heart of gold, waxes grandiose about Japan’s destiny while, like many fictional prostitutes, never seeming to have actual sex with anybody. (“You will all bear witness to the strength and pride that ladies of the night have to offer!”)

The romanticization of Japanese yakuza—and the idea that they, the gangsters, are Japan’s last true patriots—dates back to the real-life post-World War II occupation, during which yakuza sold black market goods under the noses of American troops. Rose Guns Days takes this historical situation, makes it even more extreme, and adds a Godfather-style romantic European gloss, plus modern bishonen and bishojo character designs. In the 2010s, this wounded nationalism is clearly a metaphor for Japan’s post-1990s generation of economic decline and overall malaise (“If a guy can’t speak English or Chinese, he can’t find a lick of honest work!”). 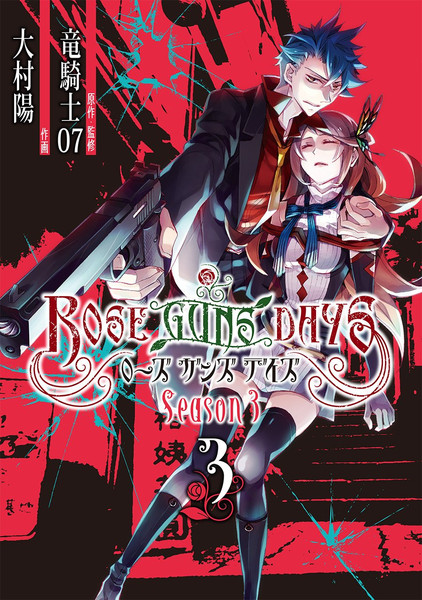 A manga with any political perspective whatsoever is fairly rare and notable, but there’s more fat than meat in this padded story; for every page of crime and plot twists there’s three pages of meandering speeches on Japan’s future or who’s to blame for Japan’s problems (“Someday, when the Japanese become tough enough to stand shoulder-to-shoulder with the foreigners, only then can they create a society based on the spirit of cooperation!”). It’s an interesting premise with a missed opportunity for a deeper execution.