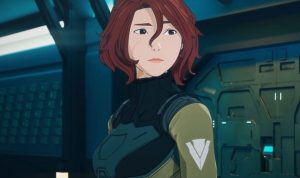 gen:LOCK takes place fifty years in the future, where an oppressive authoritarian force threatens to conquer the world. The only real hope lies within a daring team that’s been recruited to pilot a new form of weaponized neuroscience, which powers devastating mecha.

Even with all this power at their disposal, the team will need to be willing to sacrifice it all if they want to have any chance at saving the world.

The first two episodes of gen:LOCK premiered on Rooster Teeth on January 26 along with SVOD options on iOS, Android, Xbox One, Apple TV, and at RoosterTeeth.com. Memberships start at $4.99 a month, and you’ll want to set yours up in advance so you can check out the rest of the series as it airs exclusively for paying members each Saturday. Head to the official website to sign up now, and check out the latest trailer below.

** This article was sponsored by Rooster Teeth **