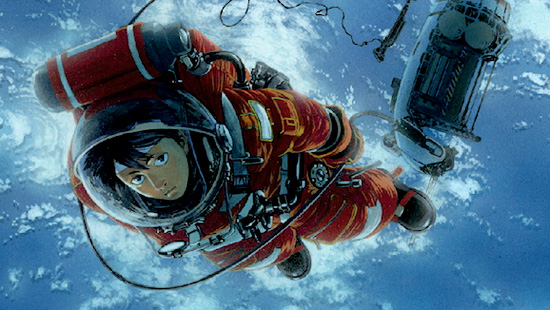 The ragtag crew members aboard the debris cleanup vessel known as Toy Box all have their own varying tolerance for life in space. Yuri is still haunted by the death of his wife, Fee would strangle everyone within a 10-mile radius for a cigarette, and then there’s Hachirota “Hachimaki” Hoshino. His relationship with space would definitely be listed as “it’s complicated,” and he frequently finds himself wrestling with his own personal dreams. Makoto Yukimura’s Planetes isn’t just his story, though, it’s the story of humanity’s connection to space and the lofty ambitions that push us toward the stars and beyond.

Originally serialized from 1999-2004, Planetes remains a pretty staggering achievement in the world of comics. Yukimura’s deft characterizations drive the story, which takes Hachimaki from his day-to-day work on the Toy Box to his home on Earth and then back up to space again with a potential trip to Jupiter in store. It’s grounded, hard sci-fi that examines a not-so-distant future in which humanity is still learning how to exist away from Earth. 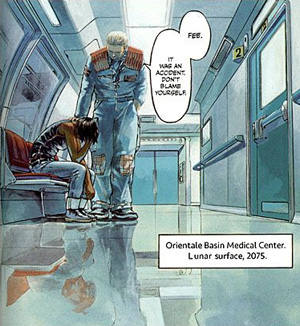 Both in black and white and in the occasional chapter-opening color pages, Yukimura’s art is stunning, managing to marry meticulous detail with fluid, human expressions and great comedic timing when necessary.

The fact that Planetes, originally published in the US by Tokyopop, is back on shelves courtesy of Dark Horse Comics is enough cause for celebration on its own. That the new editions go above and beyond—with high-quality raw source pages that have been completely relettered, as well as a larger format that puts it in line with Dark Horse’s other omnibus offerings—is enough reason to make it a permanent fixture on your shelf. Recommended.