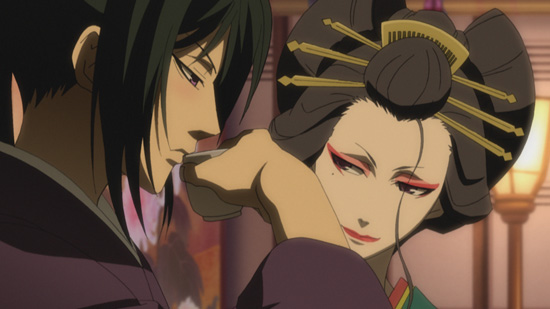 Hakuoki: Demon of the Fleeting Blossom was one of my first introductions to otome games. An avid visual novel fan, I had always gravitated toward those games, but I had never truly put the time into one and experienced it before. This particular offering flourished and reveled in its visual novel elements; it’s a romantic, accessible narrative that anyone could easily become wrapped up in without having had prior knowledge of Japanese culture or mythology.

I noted that I generally began to prefer regular dating sims over the flowery language of games like Hakuoki, but this particular otome game was an excellent adventure that, as it happens, translates quite well into anime form. If you like all the bishonen a show can spare and a likable heroine, there’s a meaty chunk of content here for you to dive right into. 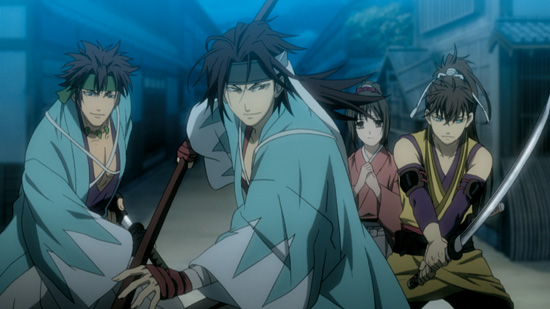 The 12-episode series is a strict translation of the original game, following Chizuru Yukimura as she travels to Kyoto to find her father who’s gone missing. While on the trail, she soon finds herself caught up in a heated battle between the Shinsengumi and the Rasetsu. Taking place during the end of the Tokugawa Shogunate, it makes sense that these two warring groups get mixed up with innocent Chizuru, but the surprising part is that Chizuru stays with the Shinsengumi and begins forming actual relationships with them. It’s an interesting twist on otome titles, especially those like Diabolik Lovers, as Chizuru is both a force to be reckoned with and irresistible to the samurai she’s rooming with.

The men are dangerous and lovely, and the duality that exists between their hardened “battle” side and softer personal moments is thrilling, especially since you can just sit back and let Chizuru take the wheel rather than having to decide on a character path. With that said, character development is hugely satisfying, and it’s an adventure in itself to slowly uncover each layer of the troubled members of the Shinsengumi. 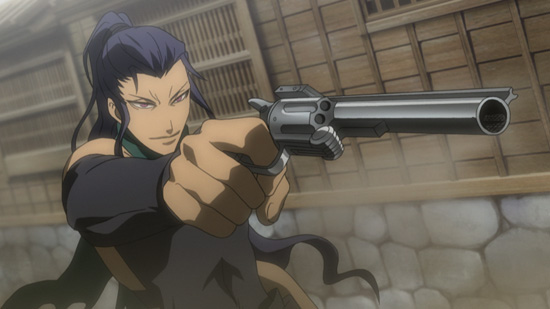 Chizuru is a role into which both male and female players could easily insert themselves, and despite her slightly irritating nature (indecisive doesn’t even begin to cover it) she is shown in an encouraging, positive light. Since the anime tends to revolve around the conflict unfolding rather than the blossoming romances, it never feels overly bogged down by the aspects of most dating sims that turn players off, and that’s part of what makes it a successful series.

If you’re not familiar with the series, however, you may find some issues with the pacing as each character gets his or her fair due. While that’s not necessarily a bad thing, you can absolutely tell the source material is pretty heady stuff. That’s exactly the case with the first game, and I recommend you watch it if you feel like you can handle a lot of dialogue. There are some issues with occasionally spotty animation here and there, but
the artwork itself is gorgeous, so it’s not completely a dealbreaker here. 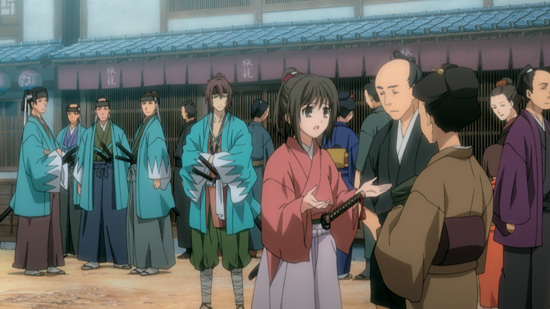 Overall, Hakuoki: Demon of the Fleeting Blossom is an addictive slice of what the otome genre can offer. If you’re curious about the whole Japanese dating sim scene or maybe just looking for something a little different yet still engaging and satisfying, pick this series up.