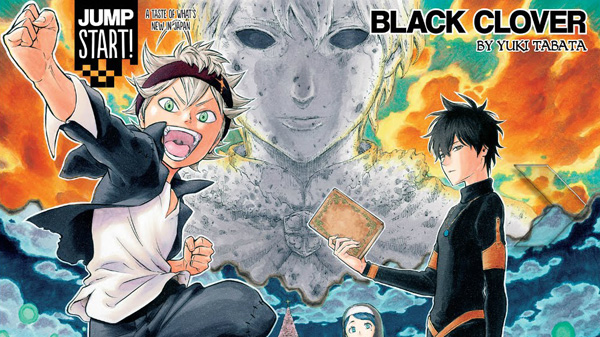 Take Harry Potter in one hand and Naruto in the other, then toss them in a blender on high. That’s Black Clover. One plucky underdog with a hard head goes up against his tsundere, cool-as-a-cucumber frenemy to become the bestest, most badassest dude ever and leader of the kingdom. Fireworks. Hijinks. Hot women. Crazy band of rogue comrades. Cute girl to put on a pedestal. Poop jokes. Yeah, that about sums it up. It’s your typical shonen adventure.

You see, Asta is an orphan. So is his friend/rival Yuno. Both are determined to rise above their humble roots to become the Wizard King. Unfortunately for Asta, becoming the Wizard King requires one to rise in the ranks of the Magic Knights, and to do that one must have magic, which Asta does not have. Yuno, however, has it in spades. Asta instead has determination on his side, which he uses to do 1,000 handstands per day. Meaning, he’s fast and strong. When Asta and Yuno turn 15, they go to the magical ceremony in which they’re chosen 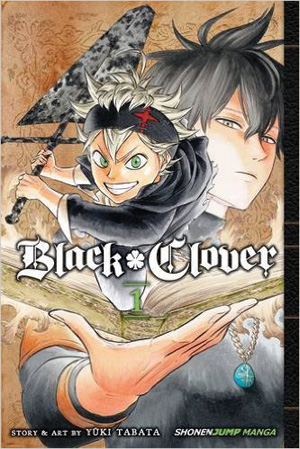 And so, the stage is set and only further reinforced when Asta and Yuno compete for a place in one of the Magic Knight squads (all of which have exceedingly nifty names, like the Crimson Lion Kings, Purple Orcas, Golden Dawn, and Black Bulls). It’s only a matter of time until we reach the undoubtedly epic battle between black sheep and angelic prodigy. Unless mangaka Yuki Tabata decides to go down a nonstereotypical route, that is. But given the fact that the first volume checks practically all of the shonen genre boxes, that’s doubtful.

If you want to read a high-energy shonen adventure—well, this fits the bill, but there are much better options out there. Black Clover presents a cookie-cutter plot, unimpressive artwork, and two-dimensional characters. In short, it’s a snoozer.