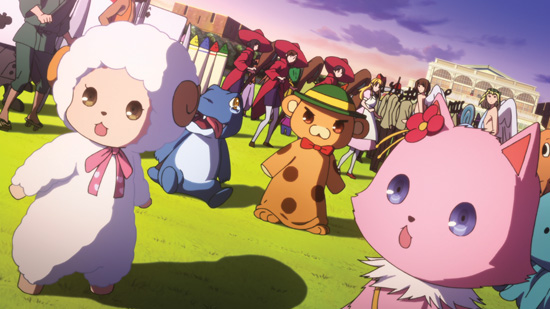 What Seiya Kanie thinks is a confession he cannot refuse, delivered by recent transfer student Isuzu Sento, turns out to be quite another kind of proposal in the comedy Amagi Brilliant Park. Seiya is smart and attractive, and the problem is that he knows it. That narcissism isolates him from his classmates in everyday life, but Isuzu’s had her eye on him for quite some time anyway. With her one and only chance, Isuzu takes Seiya to an out-of-the-way, rundown amusement park—Amagi Brilliant Park (AmaBri for short).

The lackluster (to be kind) state of the park and the deteriorating condition of its rides do not exactly push Seiya closer to Isuzu, but questioning the park’s very existence at least earns him a kiss. This doesn’t come from Isuzu, however, but her fellow Maple Land fairy immigrant Princess Latifa. That kiss comes also with great weight: the gift to be able to use magic (read minds) in return for saving AmaBri, which turns out to be the home and life essence for Maple Land’s displaced fairies, from being bulldozed. The rest of the series follows the efforts of the park’s ephemeral and human crew, under Seiya as their GM (General Manager), as they struggle to attract 250,000 visitors within 80-some days to save the park. 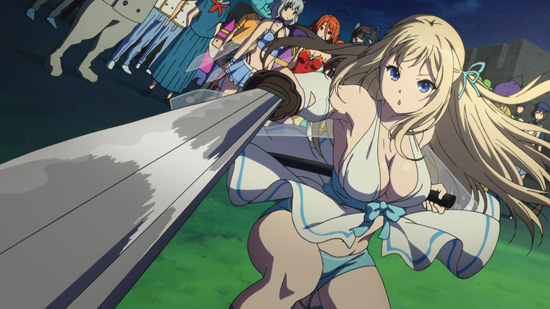 Based on a light novel series, Amagi Brilliant Park improves upon what would otherwise be a clichéd setup within its first few seconds via the audible singeing of flesh. It may be a small detail, but it gives hope that a little more thought went into this show’s execution than the typical LN adaptation. Further on, sporadic, nicely placed, stand-alone shots of the park in decay show initial cunning in placement and use of visuals without explanatory dialogue. In fact, there’s a lot of show-don’t-tell that’s employed surprisingly adequately throughout the series, but all’s not dandy straight off the starting line.

Certain scenes in the first episode look like VN screens; the contrast between Isuzu’s visual and audible expressions and the usual enthusiasm in those situations is worth a good chuckle but wears thin quickly. Luckily, this effect is implemented only in the first episode and for no other discernable reason than perhaps self-mockery and characterization. (If the source material was a game, it would be a lot more relevant.) Also, straight-on shots of Isuzu make her hair ribbon look like four engine cylinders early on, and that doesn’t soften until much later. Something else that takes its time to work itself in is the characters’ catch phrases and actions. 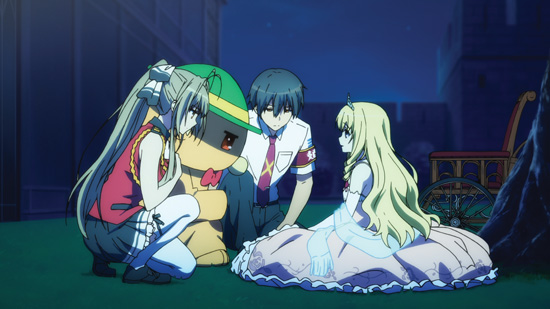 Not much in Amagi Brilliant Park is novel, but watching cute animal mascots with foul temperaments pummel each other out of frustration is always fun. The gag writing is also a bit of a surprise in that it’s way better than it needs to be. Not that it makes up for a bland concept and predictable execution, but the writing does succeed at estimating reactions to the implementation of tired jokes and silly gags and twisting them—sometimes multiple times, sometimes back to their 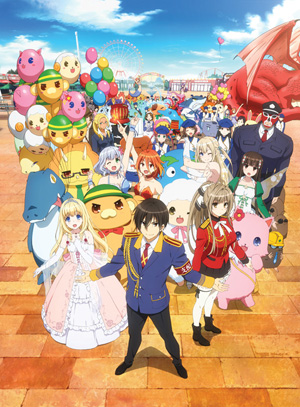 original course—to mess with viewer expectations. This technique is employed just often enough to elicit an LOL or two and enables viewers to stay engaged just that much longer. There are also some reaction gags written akin to those in live action comedies, and that also brings a certain freshness to the proceedings.

If Amagi Brilliant Park is about making the viewer want to enjoy the show as a visitor would enjoy its namesake park, it succeeds. Not liking the unpalatable protagonist is part of the plan; he and other characters evolve with the park and vice-versa. There’s actually a good bit of growth that’s never mentioned directly, and that may make this a step above the usual light novel-based fare. 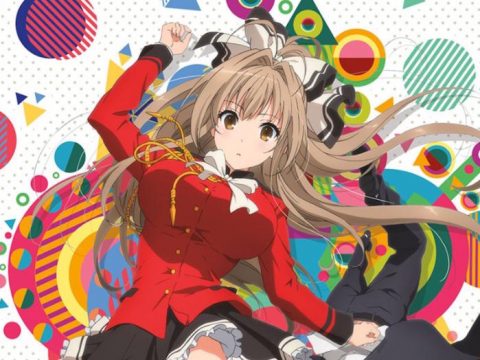 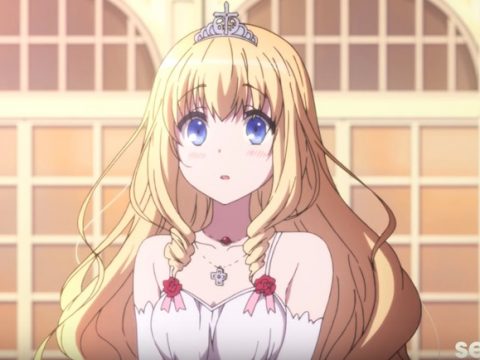 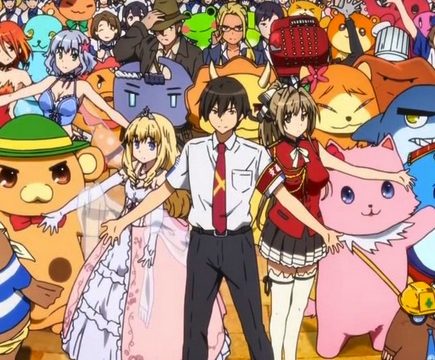