Restaurant to Another World Manga Offers Up a Quirky Menu 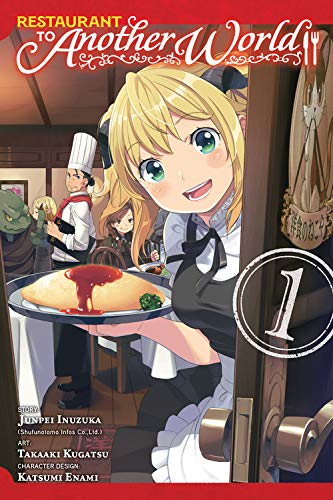 An unnamed chef inherited a very special restaurant from his grandfather. Sometimes the restaurant is called Western Restaurant Nekoya. And sometimes it’s called Restaurant to Another World. That’s because on Monday through Friday the restaurant serves humans. On Saturday, it serves mythological and folkloric creatures.

Beings from other worlds find a mysterious door that, when they go through it, leads them to this restaurant. An orphaned demon girl named Aletta stumbles into the restaurant, where the chef feeds her and offers her a job waitressing every Saturday. (Yes, she’s the one on the cover with the blond hair and the little horns that could almost pass as hair ornaments. She’s not any kind of scary demon or the least bit dangerous, it seems.)

Aletta finds a challenge on the job when an elf girl comes in and wants to eat a vegan meal, because it’s against her beliefs to eat any animal products. The chef whips her up tofu steak, and the elf girl, like everyone else who tries some of his food, goes into ecstasy. Yes, the manga trope of ecstasy over eating great food is definitely here — lots of panels of bulging eyes, mouths hanging open in wonder at the taste, and dialogue going into detail on how everything is just so, so good. The elf girl even refers to her food as “this fearsome sense of perfection…”

Restaurant to Another World started out as a light novel series, which this manga adapts. Seven Seas is releasing the light novel series, while Yen Press has licensed the manga. The franchise has also been successful enough to launch an anime series, which is available from Funimation. The first volume is quirky, gives an idea of how the chef makes his awesome food (it will list ingredients, but not measurements), and sets up characters. And some of those dishes do look pretty tasty.

restaurant to another world 3 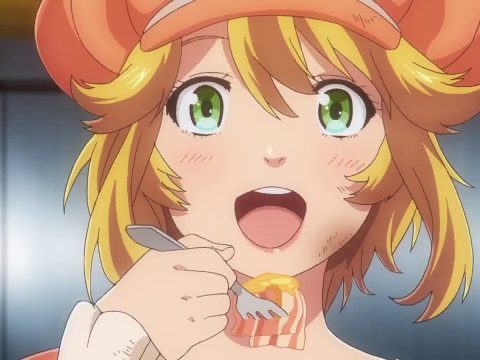 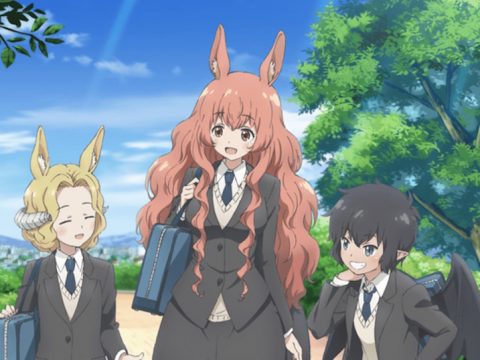