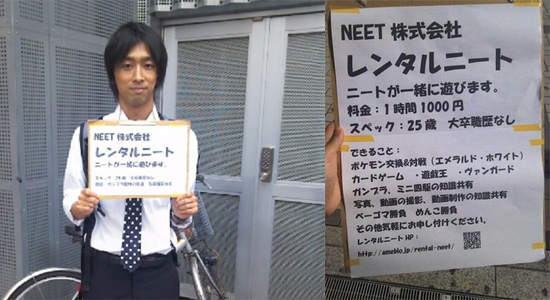 The Akihabara district of Tokyo is known as a place where you can – how do we put this? – engage humans in various activities for a predetermined price (“renting people” is a bit direct, isn’t it?). Walks with high school girls? They’ve got that. Girls in maid costumes calling you master? On every street corner. Renting a napping partner? Yeah, that’s a thing.

The latest variation on the people-renting theme hit the Akiba streets this week thanks to one Yosuke Naka, a self-proclaimed NEET.

As anyone watching this season of anime is aware (we count three series featuring NEETs as main characters), a NEET is a person Not in Employment, Education, or Training – people my grandfather would probably call “lazy bums,” but who more sympathetic souls might refer to as “byproducts of Japan’s twenty years of economic malaise and incredible social pressures.”

Anyway, Mr. Naka, a 25-year old college graduate who has never held a job, has decided to market his unique brand of NEET skills by offering himself up for hourly rental. For 10 dollars an hour, Naka will, well, hang out with you. His area of expertise is trading card games like Pokemon and Yu-Gi-Oh!

Naka’s attracted a lot of attention: aside from being written up in western media, he was also featured on television station Tokyo MX.

Would you pay 10 bucks for an hour with Yosuke Naka or yell at him to get a real job? Let us know. 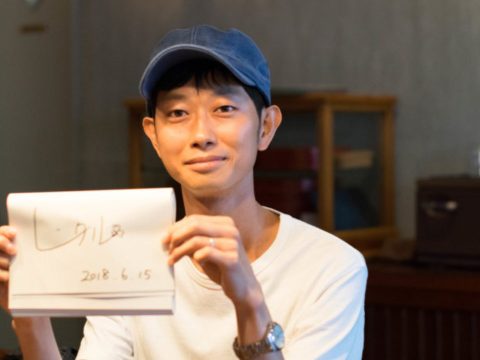 Japanese Paper Interviews Man Who Rents Himself Out as Company