Psycho-Pass: The Movie Continues a Gripping Sci-fi Saga of Control and Crime 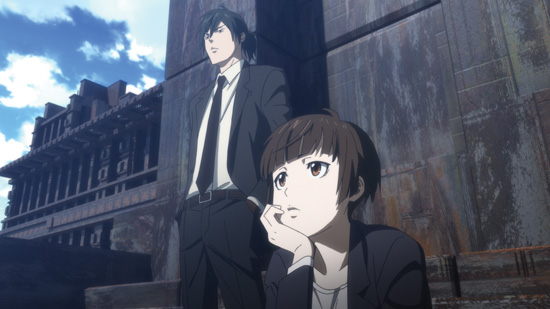 Imagine a world where the whole of humanity and its actions can be quantified by a special number. That number is managed, recorded, and policed—and what’s more, used to judge whether or not they’re likely to commit a crime. That’s the world of Psycho-Pass, set in a dystopian future in Japan where the Sibyl System monitors, records, and analyzes the numbers and behavior of citizens.

If you’re deemed a threat, you’re on Sibyl’s watch. Enter Unit One, a police unit from the Public Safety Bureau’s Criminal Investigation Division. New inspector Akane Tsunemori joins the force with the highest score for employment anyone has ever joined the police with, looking forward to a bright future where she’s able to make some sort of difference. But the world of Psycho-Pass is a whole lot more complicated than the idealistic nature of Tsunemori, and the saga continues with the film presentation of Psycho-Pass: The Movie. 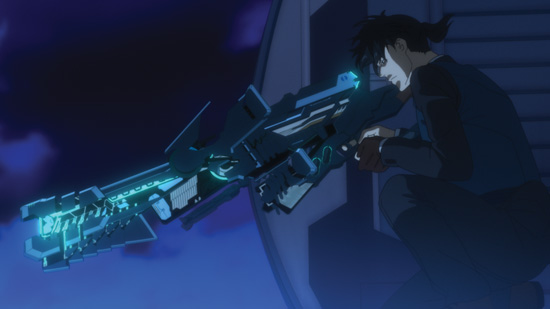 Two years after the end of Psycho Pass 2, Akane Tsunemori is back on the case. After learning that the leader of a terrorist attack on Japan happens to be her old partner Shinya Kogami, her sights are set on learning what actually happened—it can’t be Kogami, right? With this knowledge, Akane takes it upon herself to figure out exactly what’s going on, so she journeys into the middle of the Asian mainland, waist-deep in a civil war, with Kogami and guerrilla rebels on one side and a brand new utopian city that’s seemingly under the control of the Sibyl System. Smack dab in the middle of everything that threatens to change her way of life, it’s up to Akane to figure out what’s going on with the terrorist attack, Kogami’s mysterious new persona, and what the Sibyl System is going to do, exactly, with the country it has created.

For viewers who enjoyed the dynamic between Kogami and Akane, there’s plenty to see here. There are several chances to investigate how both have changed individually in the span of four years, how Kogami has altered himself, and how Akane has only grown stronger in the absence of her old partner. It appears that Japan is no longer facing most of its issues from so-called terrorists or the same enemies from the show like Kamui or even Makishima, but terrorists outside the country. The Sibyl System has become even more of an oppressor, expanding its influence and making things even more difficult for those doomed to live within the confines of the city. 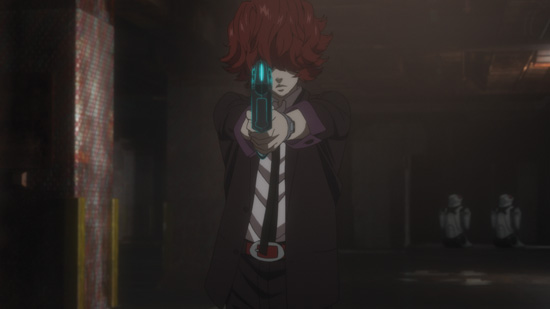 The Sibyl System has taken over nearly every facet of human life in the city, even attempting to pair up citizens in arranged marriages. The city floats above the ground, and only citizens with a psycho pass under 300 are allowed to make a home there. If anyone’s number is over 100, they’re fitted with special collars that scan their psycho passes over and over, and if deemed unfit to live in the city (they may be too close to committing a crime), they’re simply killed. Because of this, there’s a whole subset of poverty-stricken individuals in the city who can’t find jobs, can’t find transportation that allows them to go to work or school, and more. It’s a very frustrating system that has you rooting for the people instead of so-called law enforcement, and it places the viewer in a very precarious situation: Root for the good guy who isn’t all about making sure every single “criminal” action is paid for, or the bad guy with very nefarious actions in mind?

Of course, given the fact that Akane herself discovered things about the Sibyl System during the events of Psycho-Pass, we must look to her for letting Kogami get away near the end of the first series, thus starting a chain reaction. The film does a great job of casting a light on Akane as somewhat responsible for everything that happened in the series and letting things spiral out of control.

The disturbing implications all of this has for Akane, her ex-partner, and the world at large with Sibyl controlling a special city make for an engaging film that does a good job of telling a gripping story, but if you’re going into it looking for a good bookend to the Psycho-Pass story, you may find that you’re a little disappointed unless you view it as a type of prequel to the “rest” of Kogami’s story. 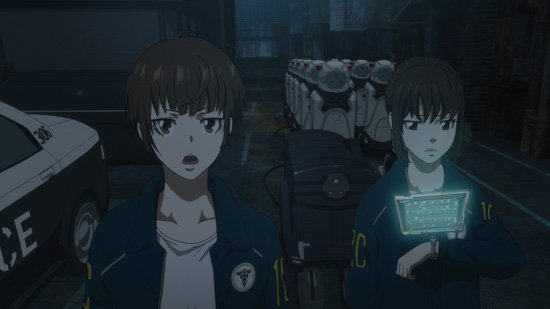 Psycho-Pass: The Movie is an interesting mixture of new plot points, familiar story threads, and much more. Seeing Kogami again is a boon for long-time viewers, even if his presence does feel a bit bizarre in places. It’s great to see the pair united again, even if you end up wanting to see more from them as a team rather than being split up and going their separate ways.

The true star of the show is the Sibyl System, which you’ll begin to despise again. While it’s effective in labeling citizens as criminals, it ends up creating more crime than it cleans up, treating its citizens as terrible subhumans rather than human beings. It’s still absolutely essential viewing if you’re a fan of the series and if you’re still searching for more of the show to happily lap up after finishing it up following a weekend-long binge. That’s the only way to watch it, after all. Just make sure you’re within the bounds of your own Psycho-Pass while getting into the show and then viewing the film.