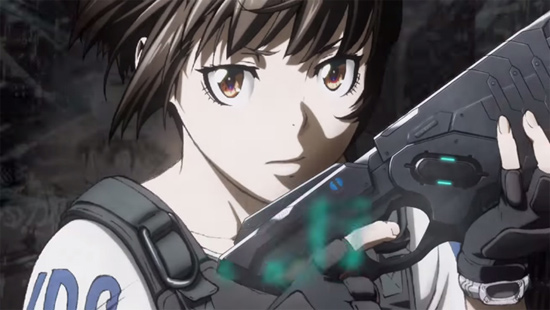 Some anime/manga-related films opening in the next few months are definitely not for kids, it seems.

First, there’s the Psycho-Pass movie, which has been given an R15+ rating, according to a tweet on the official Psycho-Pass Twitter account. R15+, as you might have reasoned, is a Japanese rating in-between America’s PG-13 and R ratings, where only those 15 and above may enter.

Takaki Kosaka, the president of Nitroplus, the production company behind Psycho-Pass, expressed relief the film wasn’t rated R18+, making it sound like it could’ve gone either way – probably unsurprising for fans of the often-violent series.

The other film lookin’ pretty adulty is the live-action adaptation of Yumi Unita (Usagi Drop)’s manga Sukimasuki (Peephole Love). The film hasn’t been rated yet, but just check out that trailer! Ecchi!