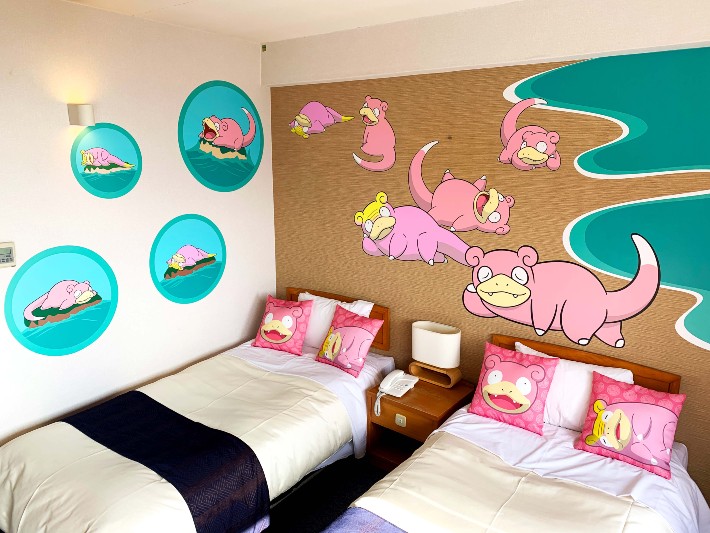 The Pokémon Slowpoke was originally named Yadon in Japanese, which is close to the word udon. In Japan, the Kagawa prefecture is known for its udon, and lately it’s becoming more and more known for its Pokémon ambassador. Slowpoke/Yadon was chosen for the role because of the similarity in names, and the prefecture has already offered up stuff like a Slowpoke/Yadon bus and Slowpoke/Yadon mail boxes. Now a new barrage of themed items are being released around the ambassador, which are perfect for tourists.

For starters, there are going to be Slowpoke themed rooms in Takamatsu Tokyu REI Hotel, Kotohira Onsen Kotosankaku Hot Springs, Marugame Plaza Hotel and Shodoshima International Hotel. (You’d have to ask for them, as each hotel mostly still has normal rooms.) The hotel rooms will have different Slowpoke designs and decorations, and they also come with freebies, like a free Slowpoke towel. This way anyone visiting the area can get a full night’s sleep with Slowpoke hanging out nearby.

But how do you get to Kagawa prefecture? People flying in can now be bussed in special Slowpoke airport limousine buses. 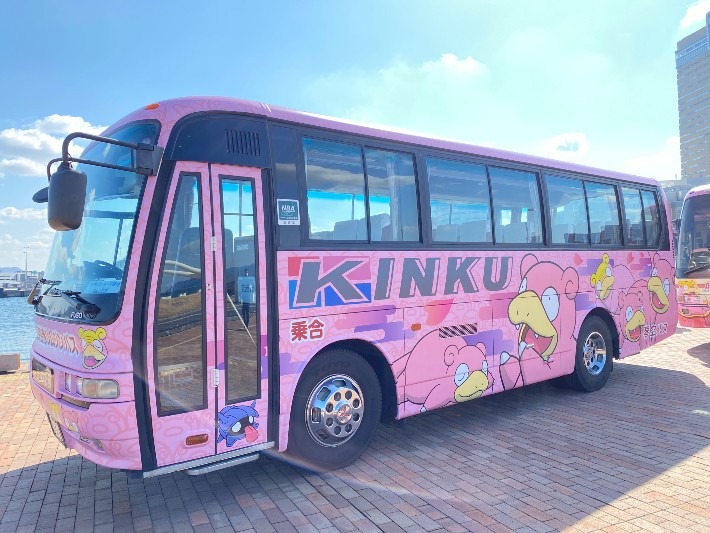 But if you don’t fly in, there’s still the option of taking the new Slowpoke ferry. The ferry has images along its side of Slowpoke and a Pokéball, and inside you’ll see a lot more. The steps on the ferry stairwell each have a different image of Slowpoke, and you can find images of Slowpoke on chairs, on walls, and even peeking in windows. 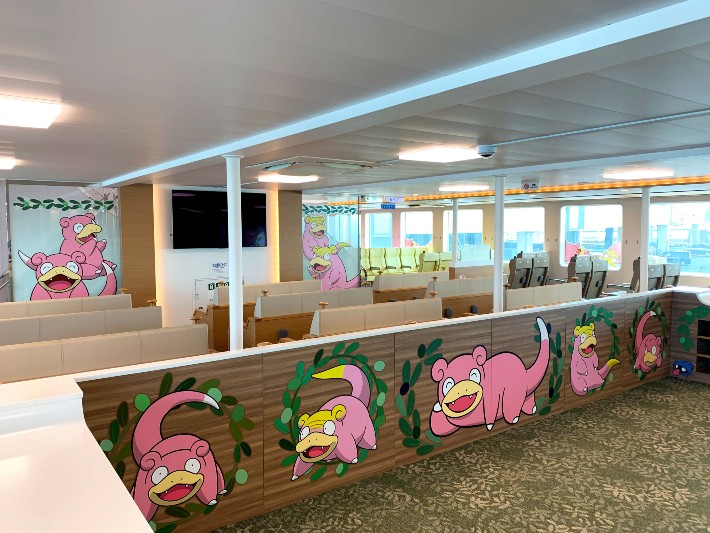 In other words, you can reach the prefecture on a themed ferry, or hop off your airplane and onto a themed limo bus, and be taken to a themed hotel room. And the way things are going, there is bound to be more Slowpoke fandom coming!

Would a Pokémon ambassador make you more interested in visiting an area of Japan?