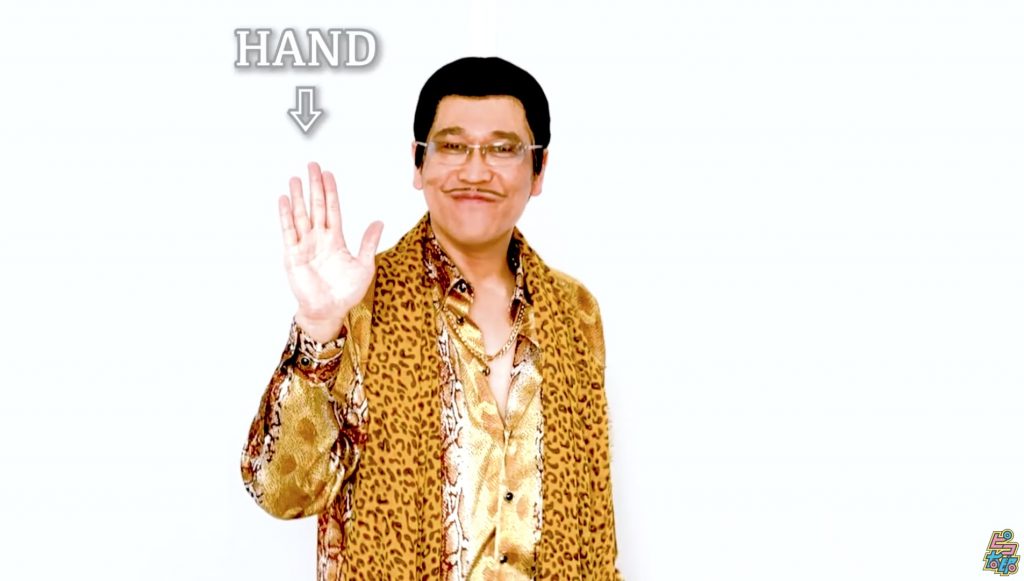 Hey, remember 2016? Those halcyon days featured a weird little single out of Japan called “PPAP,” or “Pen-Pineapple-Apple-Pen” by a fellow named Pikotaro, aka Daimaou Kosaka.

Now Pikotaro has repurposed “PPAP” and given it a COVID-19 theme, because, hey, these are the times we live in.

Instead of the iconic mashup a two pens, a pineapple and an apple, this time Pikotaro is combining hands and soap. He even gives a demonstration of how to give said hands a thorough wash.

The acronym “PPAP” does make a comeback, though representing different words. What words, exactly? You’ll have to watch the video to find out.

The original “PPAP” was released as a YouTube video in August 2016, and reached 1 million views within a month. It even hit the US Billboard charts, where, at 45 seconds, it set a record as the shortest hit single in history. Y’know, back when we were impressed by such things.