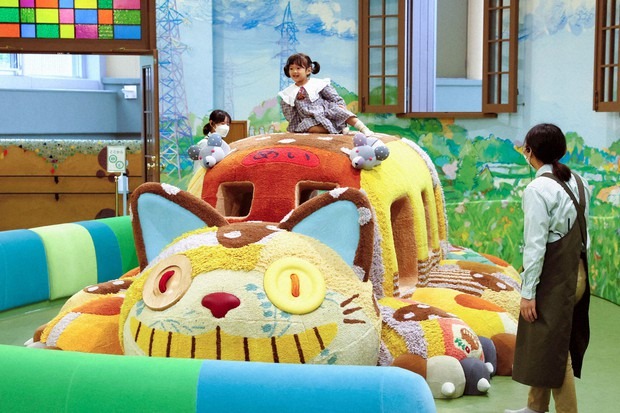 The November 1 opening of Ghibli Park has gotten a lot of attention in Japan and abroad, with people all over the world interested in visiting. However, it’s three days in and there’s already some unsavory behavior going on around the park.

Tickets are sold out for the rest of the year, which has led to people buying tickets and scalping them for much higher prices. Foreseeing the possibility of this happening, Aichi Governor Hideaki Omura remarked on the park’s opening day, “It is not ideal for tickets to be bought just to be resold at a premium. I hope people refrain from doing things like that.”

His words have gone unheeded by some. The Mainichi, a major Japanese news outlet, wrote about watching an alleged scalping take place. The paper saw a woman who’d journeyed from outside the prefecture giving a man money in exchange for tickets, and then thanking him. He proffered her change, but she said it wasn’t necessary.

While it looks like a case of scalping, The Mainichi couldn’t say for certain. Nevertheless, they did confirm that they found tickets being scalped on the website Mercari. Normally tickets for Ghibli’s Grand Warehouse would cost approximately $13 for a grownup on a weekday, or $17 for a grownup on a holiday, Saturday or Sunday. But the tickets on this website were being offered at approximately $300. And that’s just to get into one section of the park.

The Mainichi noted that hundreds of people were outside the park on opening day, including people who did not have tickets. Some had just come to see the place, and others may have been there to try to get tickets from other people who had already bought them.

Ghibli Park is asking people to bring their IDs, perhaps as a way to fight scalping.

Conquer Worlds in Your Own Frieza Hover Pod… Or Take a Nap
Obey Me! Manga Has One Chapter Left Before Ending