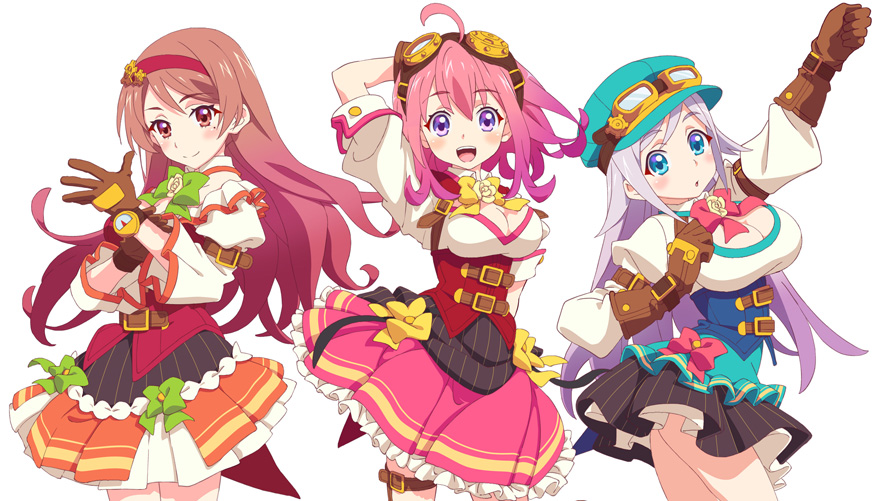 Diving into a pool of nostalgia

Anime for anime nostalgia’s sake is nothing new. Otaku no Video is the granddaddy of the subgenre, but plenty of series have followed in its footsteps. Whether as an aspect of the whole like Lucky Star, the entire point like Anime-Gataris, or a Trojan horse like Hayate the Combat Butler, referential anime is a hit-or-miss exercise.

Enter Pastel Memories, another smartphone game-turned-anime, which falls clearly into the second category: nostalgia is the bread and butter of this universe, in more ways than one. 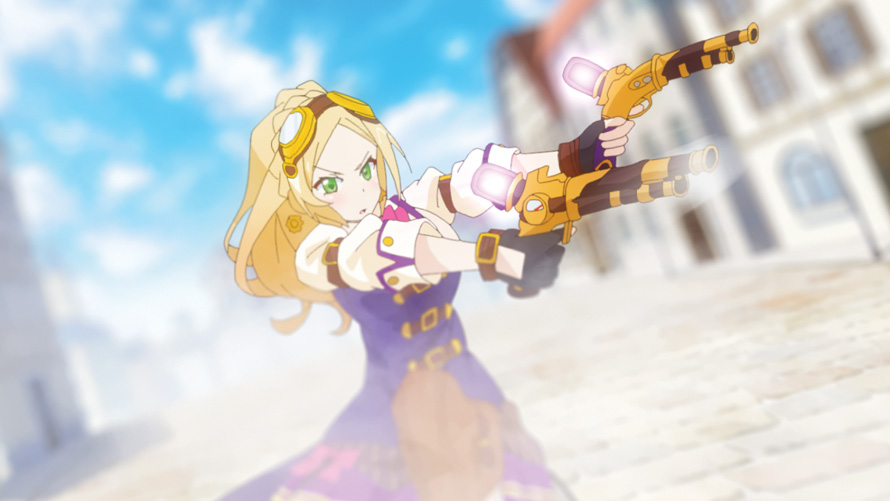 In the original game, you oversee a team of 12 waitresses working at the Rabbit Shed Shop, a combination café and geeky reading room. Unfortunately, this is happening in the not-too-distant future, after a mysterious virus has infected Akihabara and begun to wipe away anime and manga culture. But there is good news: the team also has the ability to travel into the fictional worlds of anime and manga, where they can beat the virus at its source and save fan-favorite titles, one by one.

The anime maintains this same conceit, kicking off with a fairly down to earth story of the girls attempting to find a set of manga for one of their visitors. It’s tough going, though, as most people (thanks to the virus) have forgotten the manga’s existence. But by the second episode, three of the girls are off to the world of Welcome to the Rabbit Cafe! (a thinly veiled reference, of course, to Is the Order a Rabbit?), in order to restore the deteriorating world of the manga. 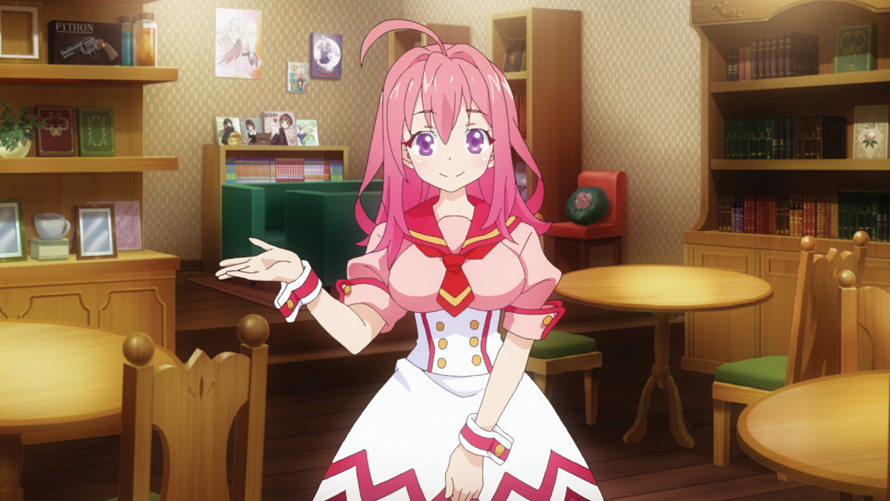 Each episode going forward is a visit to the world of an anime, manga, light novel, or game—each being a real-world title with the serial numbers filed off just enough to get by. Early episodes take our heroines into the worlds of The Rosy Maidens (Rozen Maiden), Mini Basket! (Ro-Kyu-Bu!), and Quest of Phantasia (Dragon Quest). If you know your stuff, the references are fairly easy catches; and seeing an old (or new) favorite come up in the running is entertaining.

A cast of 12 heroines isn’t the easiest thing to juggle, but the show handles it by splitting them into four teams of three. Each outing to a fictional world focuses on one trio and a story among that group of friends, making it easier to interface with the gacha pool-sized cast. We also have a mascot, of course: Neji-Usa, a toy rabbit with a literal screw sticking out of his head. Because, you know. 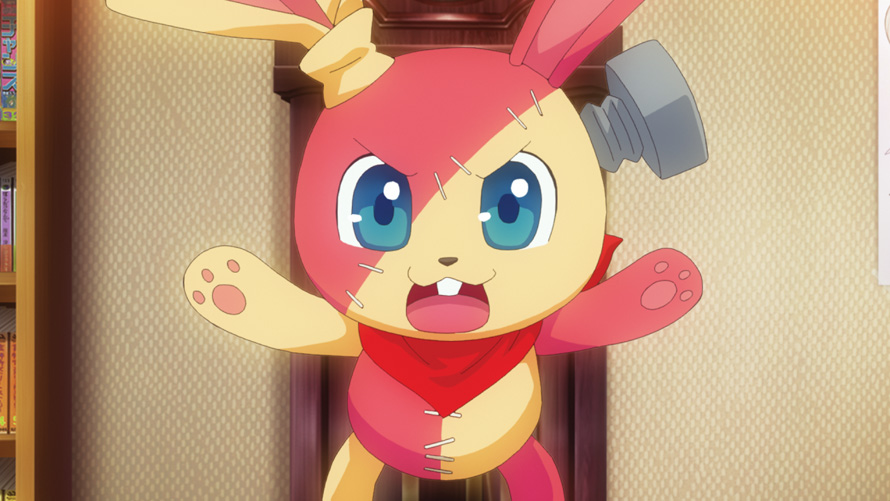 The show as a whole has an equal spread of magical girl elements and Saturday morning cartoon feel. In particular there’s the villainous Maya, who infects fictional worlds with story-eating viruses with all the scenery-chewing glee of Team Rocket. That said, the humor aims more solidly for otaku than children, with each member of the café staff having her own geeky obsession and reaction to it (including a requisite yaoi fangirl).

While the show isn’t one of winter 2019’s big hitters, it still has a fair degree of heart. Any shows referenced in Pastel Memories are discussed based on their merit: why they’re likable, what a person could take away from them, and what memories friends might form from watching together. The show may blame the fading of anime culture on a mysterious virus, but it’s something we all encounter on at least a small level. Maybe the manga we love is out of print, or maybe we have fond memories of a show that we’re sad to discover our friends have long since left behind. 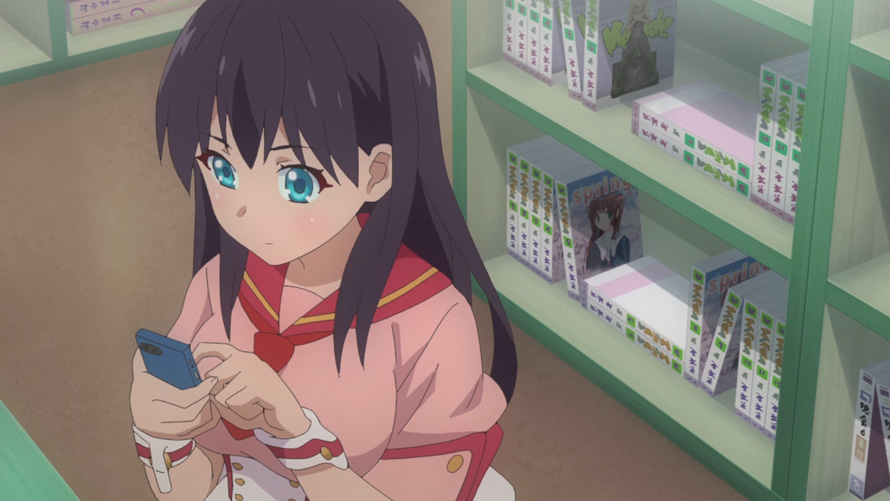 In the end, it’s a show about remembering why we love what we love, and what those titles inspire us to be and do. We see the positive effects of people remembering their favorite games and light novels, along with characters discovering them for the first time. It’s not a particularly deep or profound message, but it’s a good one to be reminded of once in a while: we watch these shows because they strike a chord in us.

Pastel Memories may never go down as a memorable hit or classic. But it’s an entertaining diversion, and a sweet little reminder of why we do what we do. 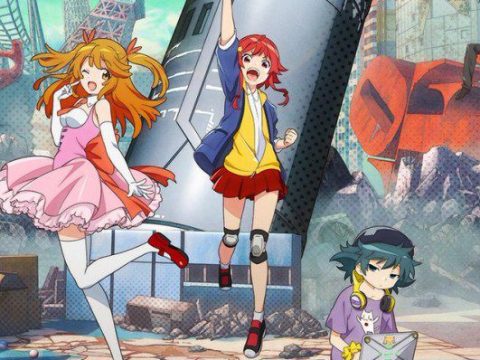 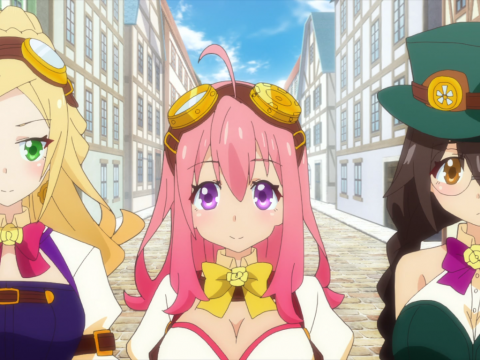 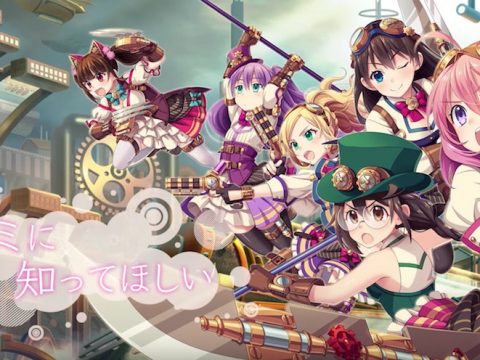 View all posts by Kara Dennison
The Flash and the Furious
[Review] Emanon: Memories of Emanon