Our Last Crusade: or The Rise of a New World [Manga Review] 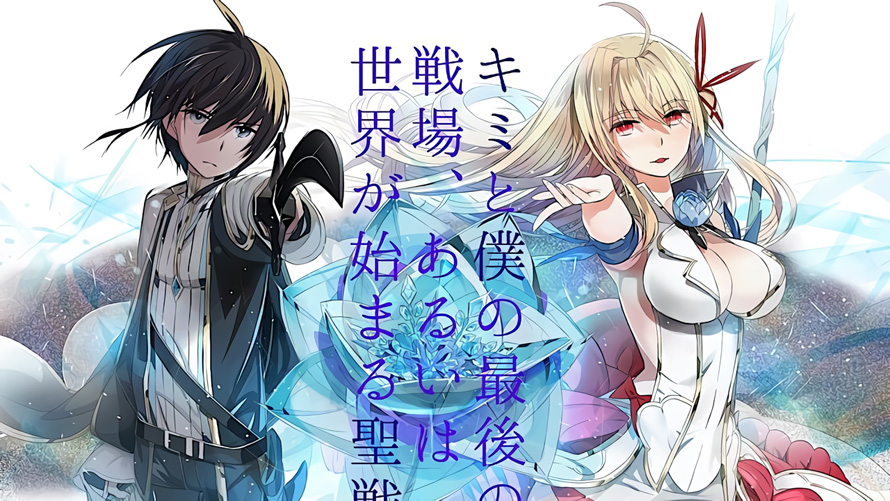 The immediate comparison to Our Last Crusade: or The Rise of a New World is Romeo and Juliet, but this story of star-crossed love is also steeped in magic, politics, daring swordsmen, and warring empires. One hundred years ago, a magical power source was discovered that bonds with certain people, giving them magic powers. In response, the all-powerful Empire began a campaign of oppression to contain the “witches.” Rebel witches formed the Nebulis Sovereignty and the Grand Witch Nebulis bathed the Empire in flame. Now the two nations are locked in a war with no end in sight. 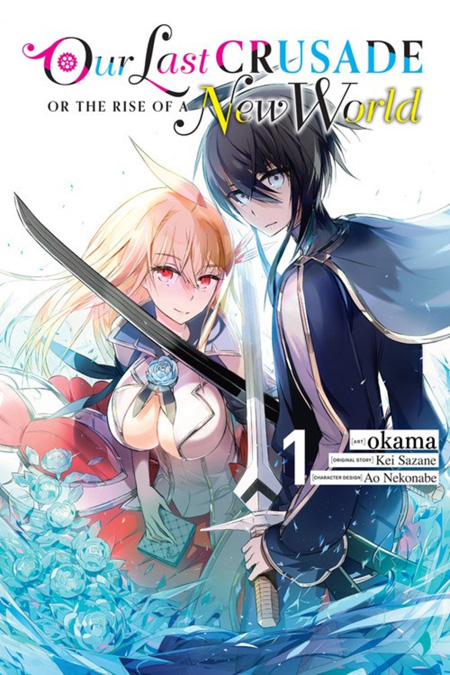 But two visionaries on opposing sides may break the stalemate. Iska, a gifted young swordsman, has been jailed as a traitor for freeing child-witches from the Empire’s prisons. He is given a chance to redeem himself in the eyes of the government when the greatest witch since Nebulis herself takes out one of the Empire’s weapons. Princess Alice, aka the Ice Calamity Witch, aka a full name that’s too long to type, wields the devastating power of ice. Sparks and ice shards fly when Iska and Alice meet on the battlefield. Both of them want to end the war, and after multiple encounters their animosity turns into romance.

Our Last Crusade is a solid romance-meets-action shonen manga. As in a lot of boys’ romance manga, there are lots of revealing costumes, boobs, and jokes about women’s underwear. But the manga also has interesting political intrigue, solid action, and a meet cute over pasta. Okama’s art is smooth, balancing pages of light screen tones and open spaced panels with dense spot blacks for contrast. And though the fanservice is gratuitous, of course there’s always a handy scrap of fabric to keep the rating teen-friendly.

The Rise of a New World 1

Smash Bros. Director Agrees There Are Too Many Fire Emblem Characters
My Hero Academia Author Apologizes for Insensitive Character Name