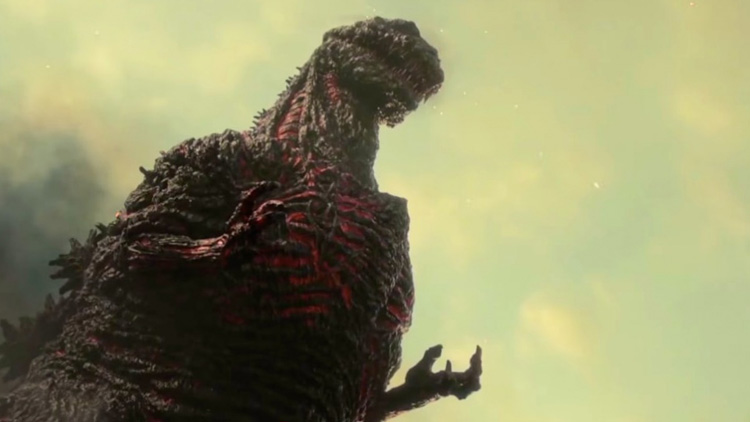 As an anime fan, living in Japan doesn’t have the same import it used to.

Sure, the omake – the events, the posters, the feeling of being in the country that makes the stuff you’re into – that’s all there. But as a pure consumer of the stuff, simulcasting has become so ubiquitous it’s basically eliminated any advantage of being on site (heck, I know plenty of Japanese people who would kill for a site as well stocked and inexpensive as Crunchyroll).

The one area where simultaneous international releases hasn’t quite caught up is on the big screen. Enter our man in Japan (that’s me), who hits the cinema nearly every week (yeah, it’s a tough job, but someone’s gotta do it) to bring you early takes on the latest anime and otaku-related feature films.

Here’s the best of what I saw in theaters this year:

Director Shinsuke Sato had a busy 2016, with both this film and his zombie manga adaptation I Am a Hero released within months of each other. That film is unquestionably the better one: Light Up the New World felt weighed down by the rules and history of the Death Note universe. Still, Sato proved with both movies that Japanese films can look and feel as epic as anything out of Hollywood, providing a impressive visual and aural experience, if one that felt a bit lacking in the plot department.

Nekketsu is the second part of the Kizumonogatari trilogy, the origin story of Bakemonogatari’s Koyomi Araragi. While it ran into the typical problems that face a film in the middle of a trilogy, it showed how cool productions from studio Shaft can look when there’s a bit of money behind them. We’ll see how this thing wraps up when Part III hits in a few weeks.

This short boys’ love film from A-1 Pictures kind of came out of nowhere, but it turned out to be one of the most pleasant and refreshing films of the year. The story itself, about two high school boys who fall in love, was nothing revolutionary, but deft direction by first-time director Shoko Nakamura and a minimalist soundtrack by guitarist Kotaro Oshio made this film a joy to watch.

Shinsuke Sato’s other 2016 film was I Am a Hero, a zombie flick based on the manga by Kengo Hanazawa. I Am a Hero doesn’t particularly break any new ground in the zombie genre, but it’s a well-directed, slick piece of entertainment that doesn’t require any allegiance to the original manga to enjoy.

A Silent Voice, a film about a former bully trying to find redemption, is ultimately about basic human kindness, something we needed a lot more of this year. The third film from Kyoto Animation’s Naoko Yamada, A Silent Voice is the first she’s helmed based on material from outside the studio – a manga by Yoshitoki Oima – and she manages to both add her own voice to the work while paying tribute to it.

3. In This Corner of the World

Made possible through crowdfunding, In This Corner of the World paints a portrait of everyday life in pre-war Hiroshima before it was wiped off the face of the earth. Made after years of research and packed with tiny details, the film is almost an animated museum of the region. But there’s plenty of human drama, too, centered around naive but caring Suzu, who’s married off to a neighboring family and has to work out a new and unfamiliar set of family dynamics while the war starts to take an ever-increasing toll on the city.

By far the coolest-looking anime film of the year, the first part of Kizumonogatari gets around the main problem with prequels – we already know, at least in outline, what happens – by emphasizing atmosphere over substance, turning the hyper-stylized world of Nisio Isin and Shaft’s Monogatari series up to 11. Case in point: the first 10-odd minutes of the film have no dialogue – not so wild for a P.T. Anderson film, maybe, but pretty darn ballsy for a mainstream anime movie.

With the box-office failure of Godzilla: Final Wars (2004) and the massive success of Gareth Edwards’ American version, it seemed like the Japanese version of the Big G was set for eternal slumber. But then Toho, the Japanese studio behind the franchise, decided not only to bring Godzilla out of hibernation, but hand the reins to none other than Neon Genesis Evangelion creator and Godzilla superfan Hideaki Anno. The result: a new homegrown Godzilla movie that not only entertains, but deals with the complex issues facing Japan, from the 3/11 earthquake and nuclear meltdown to its international alliances.

Notably absent: Studio Ghibli’s first international co-production, The Red Turtle, was an interesting project that combined the talents of Dutch animator Michael Dudok de Wit and Ghibli’s own Isao Takahata in a consulting role. While I found the film quite beautiful, visually, I felt the lack of dialogue was a bit contrived. Meanwhile, Makoto Shinkai’s body-swapping romance Your Name swept the nation, becoming the second-highest grossing Japanese film of all time. I didn’t like it that much. 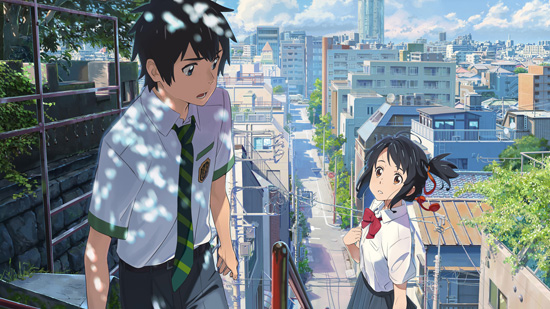 Trends of the year: When the year’s two highest-grossing Japanese films are a Godzilla flick by the director of Evangelion and another by a (former) cult anime creator, one thing is clear: otaku rule the world. While TV anime still seems to live in subculture, for now, theatrical geek productions seem to have found acceptance in the mainstream. I suspect the recent announcement of an anime version of Shunji Iwai classic Fireworks (and its promotion as “the next Your Name”) is only the first sign of more cooperation between the anime and mainstream film worlds. Whether that’ll be a good thing for us otaku is anyone’s guess.

A less happy trend this year was the continued exposure of the anime industry as an underpaying, exploitative place to work, especially for beginning animators. The upside to all this stuff coming to light, though, is the more people learn about it, the more can be done, or so one hopes.

What I’m looking forward to: right out of the gate, 2017 brings us Part III in the so-far excellent Kizumonogatari trilogy. 2017 will also see the release of Hiromasa Yonebayashi’s just-announced Mary and the Witch’s Flower, which looks to keep the Ghibli spirit alive over at the new Studio Ponoc. Folks feeling Shin Godzilla withdrawal symptoms may get relief in the form of Polygon Pictures’ CG-animated Godzilla film, and the aforementioned Fireworks anime adaptation will combine the storytelling strengths of Shunji Iwai with the animation talents of Akiyuki Shinbo and the folks at Shaft.

It’s your turn: what were your favorite films of 2016, and what’re you looking forward to next year? Comment below, and as always, feel free to throw a tweet my way about what kind of Japan-related content you’d like to see next year.