Onara Goro is a Series of Anime Shorts Starring a Fart 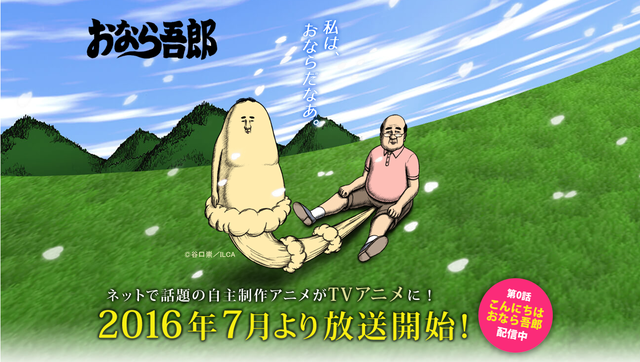 If you’re hoping for something truly unique in the world of anime this summer, look no further than the latest from animator Takashi Taniguchi (Mr. Ando of the Woods). Onara Goro is a short-form TV anime that centers on an anthropomorphic fart, and it’s set to air on KBC in Japan this July.

Taniguchi’s series is pretty light on details at the moment, but it’s described as an “everyday heartful comedy.” While we wait for the show’s debut, you can see the original Onara Goro short film below.

Six Tips On How To Prepare For Con Season
Is the order a rabbit?? Special Episode Planned