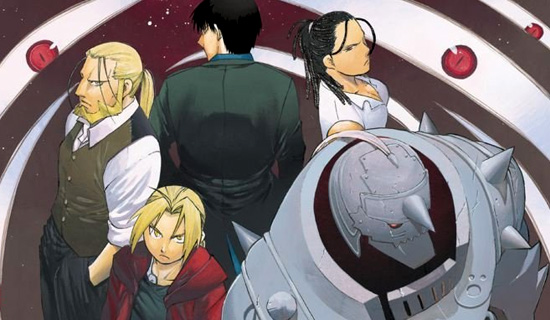 Foiled again by those pesky release dates! Last week I was dabbing away my tears at the lack of Sailor Moon in my area with the hopes of a big stack of books from Digital Manga this week. Alas that while their website says one thing, retailers of all kinds say another—a one month difference at that. 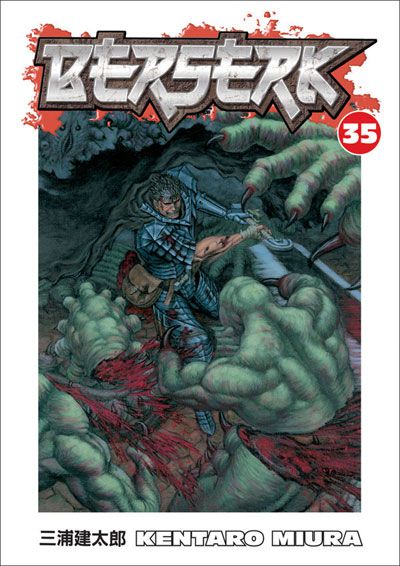 So, no big stacks of BL this week but we’ve still got a showing from a bunch of different publishers to offer very worthy distractions. These include some of my absolute favourite series. Perfect timing for some cozy in-door reading as Autumn’s decided to make a very sudden showing here on the East Coast. Whip out the hot cocoa and fuzzy PJs because they’ll be a regular part of the manga reading experience soon enough!

From Dark Horse (and in partnership with Digital Manga), comes Berserk (Vol. 35). This is one of my favourite manga series but it’s still sort of mind-blowing to me that it’s still going. I’m not complaining, mind you, but how much trauma can you put a cast of characters through? Miura definitely tests the boundaries with one terrifying demon, vengeful God or advancing army after another. As if the mainland wasn’t bad enough, recently Guts’ band of ‘merry’ men (and woman) have taken to the seas for even more dangers awaiting them. 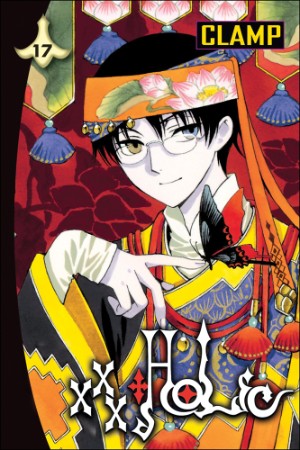 With Kodansha Comics releasing so many titles previously held by Del Rey Books, I often forget Del Rey even held onto the rights of some. With Reservoir Chronicles Tsubasa completed, they now have a couple volumes left of CLAMP’s XXXHolic until they’re completely out of the manga game. I find I miss Yuko more than I thought I would in the story, but how compelling I find Watanuki more than makes up for it. It’s really depressing thinking of him never leaving that one little shop. No shortage of problems either and in this volume he needs to face—no, worse, ‘help’—the demon who took his eye from him.

A Zoo In Winter is a book I’m looking forward to reading now that it’s hit the direct market (it was previously released in bookstores earlier in the summer). In this one-shot release the artist, Jiro Taniguchi, tells the story of his journey to becoming a manga artist and learning what it takes to survive as one, 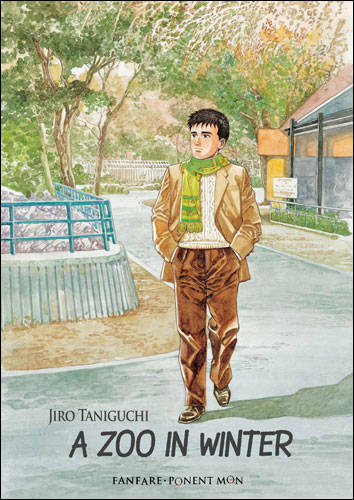 including those strict deadlines and long hours, not to mention growing up as a person as well. As a bonus for some of us, it also sports a lower list price in Canadian than American—you don’t see that often (or ever…?).

Offering this week’s dose of vampires, Seven Seas has the fourth volume of Blood Alone. It’s perhaps not the best compliment but this series has always impressed me for having an adorable, mostly dependent young girl character living with an older man, who she obviously has romantic feelings for, and not feeling ‘loli-ish’ in nature. It’s all very innocent, and as far as I’ve read, their relationship stays very big-brother/little-sister. I love how it stays with a more traditional aristocratic air to vampiric lore as well, and this particular volume sounds especially interesting as it delves back into how Kurose and Misaki met. 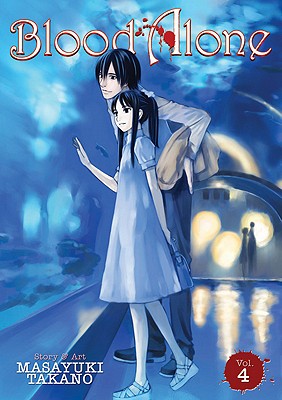 Last up, we have Viz Media with four new books out. While I’m really eager to get my hands on the new volume of the shoujo/shonen hybrid, Arata, and the laid-back samurai drama, House of Five Leaves, the title that will have me running to the store with a trail of fire behind me this week is Fullmetal Alchemist (Vol. 26). It’s the penultimate volume so only one more to go after this. All the characters are gearing up for the final confrontation, the be-all-end-all to a plot coming together over decades that could see the eradication of an entire country for the plans of a small few. Even more so than that, I think I’m most eager to see what becomes of Ed and Al—will they get their bodies back? And what about Greed/Lin—will he continue to be really awesome? Will he return back to Lin’s country to try and take the throne? We’ll all know how it turns out before the year’s end, and at least a little more by this time next week… 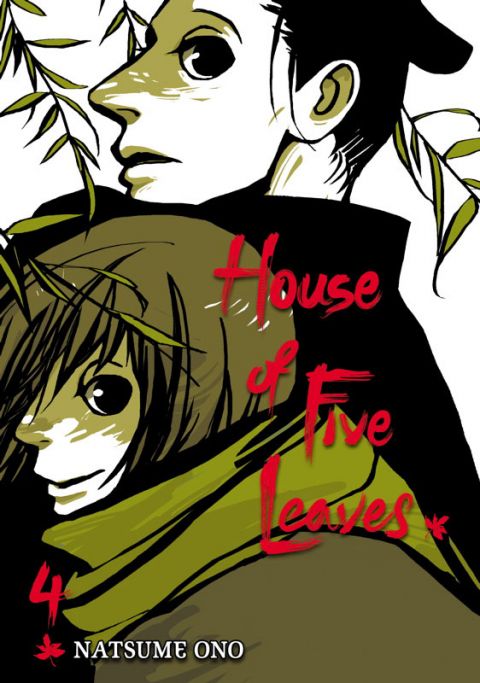 Didn't I Say to Make My Abilities Average in the Next Life?!Record of Lodoss Waraura battler dunbineberserk