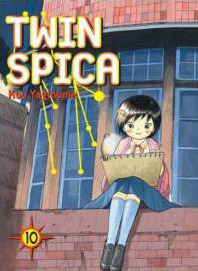 Another week, another batch of books! Release dates from different sources have caught up to each other so we’ve got a bunch of Digital Manga titles entering the direct market. Boys’ love, space travel and fantasy adventures await you this Wednesday, so let’s dive right in:

Bandai Entertainment publishes the second volume of Tales of the Abyss: Asch The Bloody, which brings the story of its lost prince to an end. If you’d been cloned and replaced, you can imagine there’d be some unfinished business to take care of. Even if it means ruining the country’s chance for peace, Asch is going to fight the powers that be and express just how deep his hatred for replicas goes.

Two new boys’ love series start this week from Digital Manga. Both Private Teacher and Mr. Tiger & Mr. Wolf were originally released by Digital Manga back in early September and this week they finally hit physical bookstore shelves. Plot-wise, Private Teacher is about Rintaro, a young man being tutored by the attractive and competent Kaede. The two are getting results but it’s not without a lot of special ‘one-on-one’ time, if you know what I mean (and I think you do, BL fans). 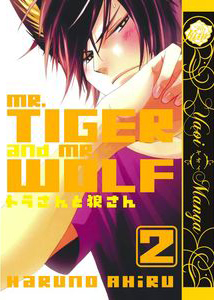 Mr. Tiger & Mr. Wolf is perfect for those who like their pretty-boys polished off with some animal ears. The story begins with Mr. Wolf capturing a young tiger man and taking him back to his cave. With two natural predators in the same place, it doesn’t take long for the tables to turn on who’s really in charge.

A power dynamic of a totally different kind is still taking place in Arisa (Vol.05)—a suspenseful who-done-it mystery deceptive with its shoujo art style. Like each volume before it, volume four ended on a big cliffhanger so this new installment will be another must-have-now for those following it. Three of the phones needed to have the King grant your wish are now in the hands of one person and Tsubasa has them confronted! … or is it the other way around? 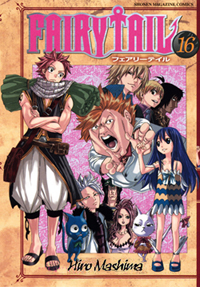 Twin Spica (Vol.10) is Vertical’s sole release this week but as usual the company knows how to go with quality over quantity. With this series now being released as multiple volumes in one, we’re moving quickly toward its finale. There are already signs this is the beginning of the end as characters start moving in different directions and more secrets are revealed. Have a hanky ready, though, this one is going to hit you hard.

A CLAMP classic is coming back to print at least with X (Vol.01). It’s a 3-in-1 omnibus with a new translation and the artwork presented in its original layout (no flipping!). I really love the cover design, utilizing the same simple but eye-catching look that the X/1999 DVDs and original Japanese volumes utilized. X is a symbolism-heavy tale of magic, prophecy and destruction as two groups of super-powered individuals—the Dragons of Heaven, and the Dragons of Earth—face off in a battle to determine the future of our world. At the core of their confrontations is Kamui, a young man returning to his birthplace to fulfill his mother’s dying wish of changing fate as it’s been seen.

For a considerably more lighthearted story that still deals with its share of death, you can pick up a copy of Rin-Ne (Vol.07). In this volume Sakura finds a ghost has taken up residence in her own home and she invites Rinne over to try and deal with it. Helping a spirit pass on may be the goal but the distraction of being invited to Sakura’s house for the first time is taking up a lot more of Rinne’s attention span. 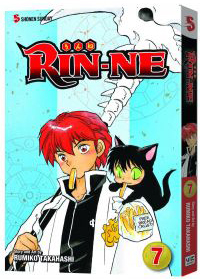