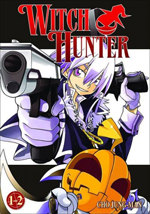 Hunt ’em, fight ’em, love ’em or duel ’em—it’s a short but memorable list of manga titles kicking off June. And a very rainy June at that, at least where I am. Excuse to sit indoors and just read, read, read, right? Now what shall we read this week…

Seven Seas has a new series debuting, Witch Hunter, and is releasing it as another slick multi-volume collection. As the name suggests, the story is about a young man who specializes in hunting witches. You can imagine that in a world where witches are waging a war against the humans, his profession is a lucrative one. Not all witches are bad, though, so there’s more than just blindly attacking them alongside his axe-wielding Jack-O-Lantern to consider.

In their twelfth volume of Dance in the Vampire Bund, Yuki struggles to determine what to do when the members of Vampire Bund remain unaware that their leader is an impostor. It’s time to call in the big guns, namely the werewolf bodyguard, Akira. 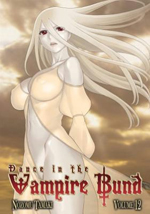 Viz Media begins its Bleach speed-up this week, an initiative that will see two volumes at a time coming out until we get caught up to the Japanese releases. The speed-up starts with volumes 40 and 41 as the battle to stop Aizen’s forces continues. Shinigami and Arrancar are still popping out of the woodwork left, right, and center, but the real drama is unfolding in the fight between Ichigo and Ulquiorra. At the risk of losing control again, Ichigo needs to summon up his Hollow powers and beat the baddies before his own abilities beat him.

For continuing adventures, there’s a new volume of Pokémon Adventures Platinum out this week and brand new stories beginning in the first volume of Viz Media’s new series, Yu Gi Oh Zexal. In this spin-off story, a young duelist with a big love for the game (but little skill to show for it) is visited by a stranger named Astral who helps the boy win in exchange for aid in regaining his lost memories.While I’m looking forward to two beat-em-up books of Bleach, the top treat this week for me is Ouran High 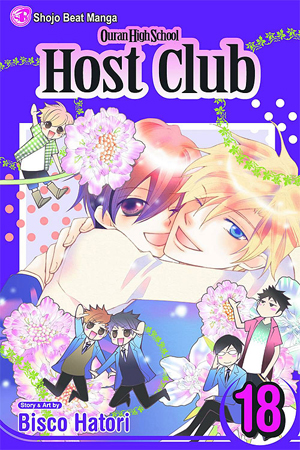 School Host Club (Vol.18). The previous volume ended with the dramatic love confession seventeen volumes in the making after a volume rife with all kinds of exciting events for Tamaki and his club members. This eighteenth volume is the last for Ouran, making it a book as bittersweet as it is anticipated.