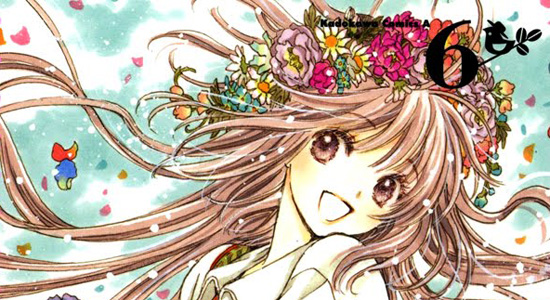 It’s the manga of summer! Summer is officially here and the majority of manga publishers all stepped up this week to offer up some of their hottest titles (sorry, couldn’t resist the pun!): 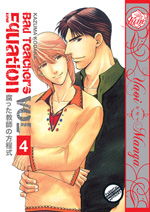 A boys’ love classic comes to an end with Digital Manga’s last volume of Kizuna. This book is a single volume as opposed to the omnibus editions that volumes one to five were, but nothing you can do when that’s all that’s left! They adjusted the price to match the page count, though, so the value for content remains. It’s a really sweet ending that gives Ranmaru, Kei, Kai, and Masa the romantic, sexy, and developed epilogues we all hoped for.

Bad Teacher’s Equation is another series by the same author, Kazuma Kodaka, and it continues on to incite giggles another day. This series is more comedic than Kizuna but still layers on the drama with an eclectic cast of characters. True to the cover’s implication, Masami and Toru are the stars of this volume as we flashback to how the two fell in love in high school. 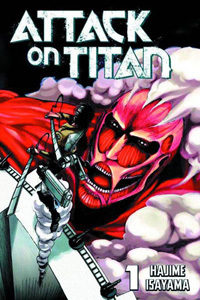 Love takes a backseat in Kodansha Comics’ releases. The company is debuting a new series this week – Attack on Titan – which has won its fair share of awards in Japan. It’s a post-apocalyptic story where the remaining humans live within a city surrounded by a huge wall. Outside it live massive giants who eat humans, and suffice to say they want in. The story’s main character is a man who finds he has the ability to control one of the giants – called Titans – and wants to destroy the others so humanity can live safely again. We’ll see what happens when food revolts!

Offering up class in a glass, Vertical Inc’s newest release is Drops of God (Vol.04). Shizuku Kanzaki has now defeated the arrogant critic, Issei Tomine, at his own wine-game, but that’s only the first of many challenges to come. The two face off again here in an even more difficult task as they go on the hunt for a particular Bordeauz. 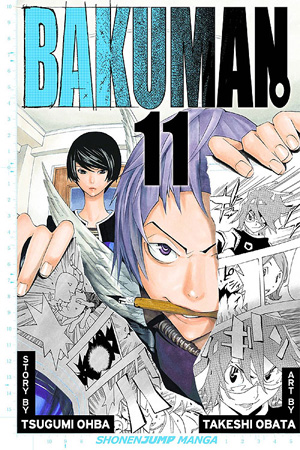 Continue to learn the ways of the manga industry with Viz Media as they release Bakuman. (Vol.11) today. Okay, so it’s a slightly dramatized version of the manga industry with a toilet-paper thin romantic subplot, but still, the amount of knowledge and insight is second to none that I’ve read. Moritaka and Akito are back to the drawing boards to create a new manga series and this time they have their first and favorite editor, Hattori, back at their side. Will this finally be their huge hit?

Yen Press isn’t holding anything back with their releases this week, an assortment of new, finishing and continuing series that are all worth having on your shelf. The most notable would be their brand new editions of Alice in the Country of Hearts. Each is an omnibus, meaning you get two in one. On top of that they’re releasing all three simultaneously which completes this entire story arc. Based off a reverse-harem game, the story follows a young woman named Alice Liddel who is whisked away to Wonderland where she meets a whole assortment of pretty boys vying for her affection. The books themselves are beautiful with some really nice design work and a large trim size. Prepare to have your eyes dragged to the shelf for these shiny gems!

The release of Kobato (Vol.06) marks the end of the series, bringing to a close CLAMP’s story of angels, demons and day-cares. I wouldn’t call it one of CLAMP’s stronger series but it has no shortage of the fluffy romance and artistic flair that draws a lot of the manga team’s readers in. Another book out this week that fits a similar mold – ridiculously pretty but light on plot – is the one-shot Olympos. It’s drawn by Aki, an artist whose work has previously been released by Digital Manga. If you like androgynous boys and Greek mythology, then you need this book in your hands. 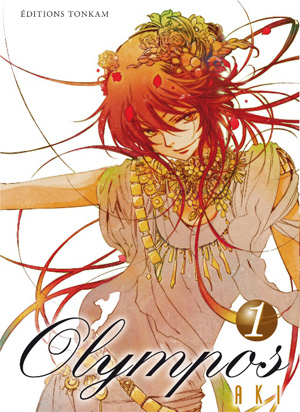