No Longer Human… in Another World Manga Gets TV Anime Adaptation 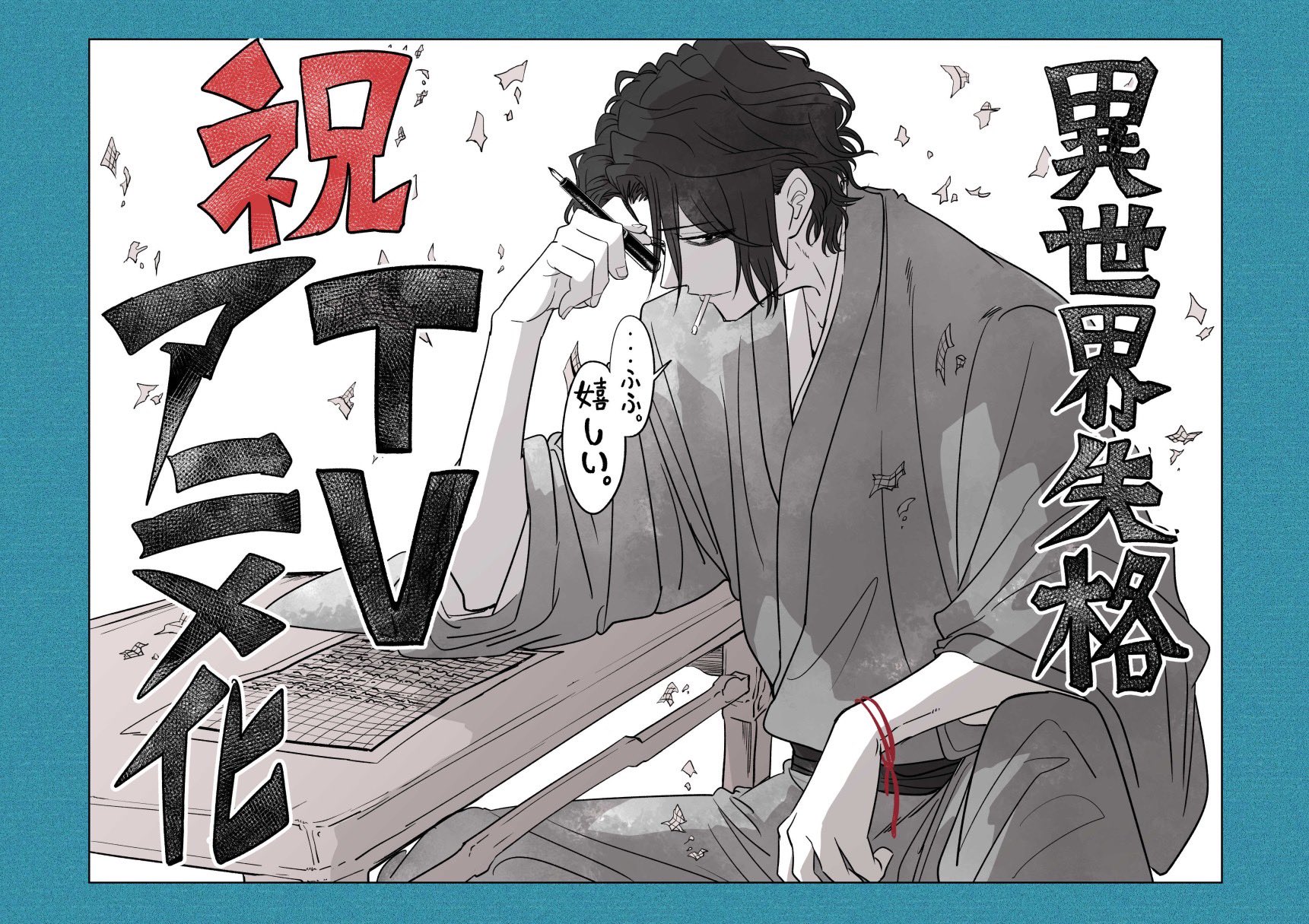 Hiroshi Noda and Takahiro Wakamatsu’s Love After World Domination manga just enjoyed a fun anime adaptation, but that’s not all that’s coming to the screen from the creators. The duo’s current work is Isekai Shikkaku, AKA No Longer Human… in Another World, and it’s also getting a TV anime of its own.

Details are light at the moment, but you can see a celebratory illustration by Wakamatsu above.

Seven Seas Entertainment plans to publish the first volume of the series in English this October, summing up the story like so:

An adventure in another world with cute girls by your side and video game-like powers–sounds like an anime fan’s dream, right? Not so for melancholic author Osamu Dazai, who would quite literally prefer to drop dead. Video games haven’t even been invented yet when he gets yanked into another world in 1948. Really, all the fantastical adventure he keeps running into is just getting in the way of his poetic dream of finding the perfect place to die. But no matter how much he risks his hide, everything seems to keep turning out okay. Follow a miserable hero like no other in this cheerfully bleak isekai comedy!

no longer human... in another world 1