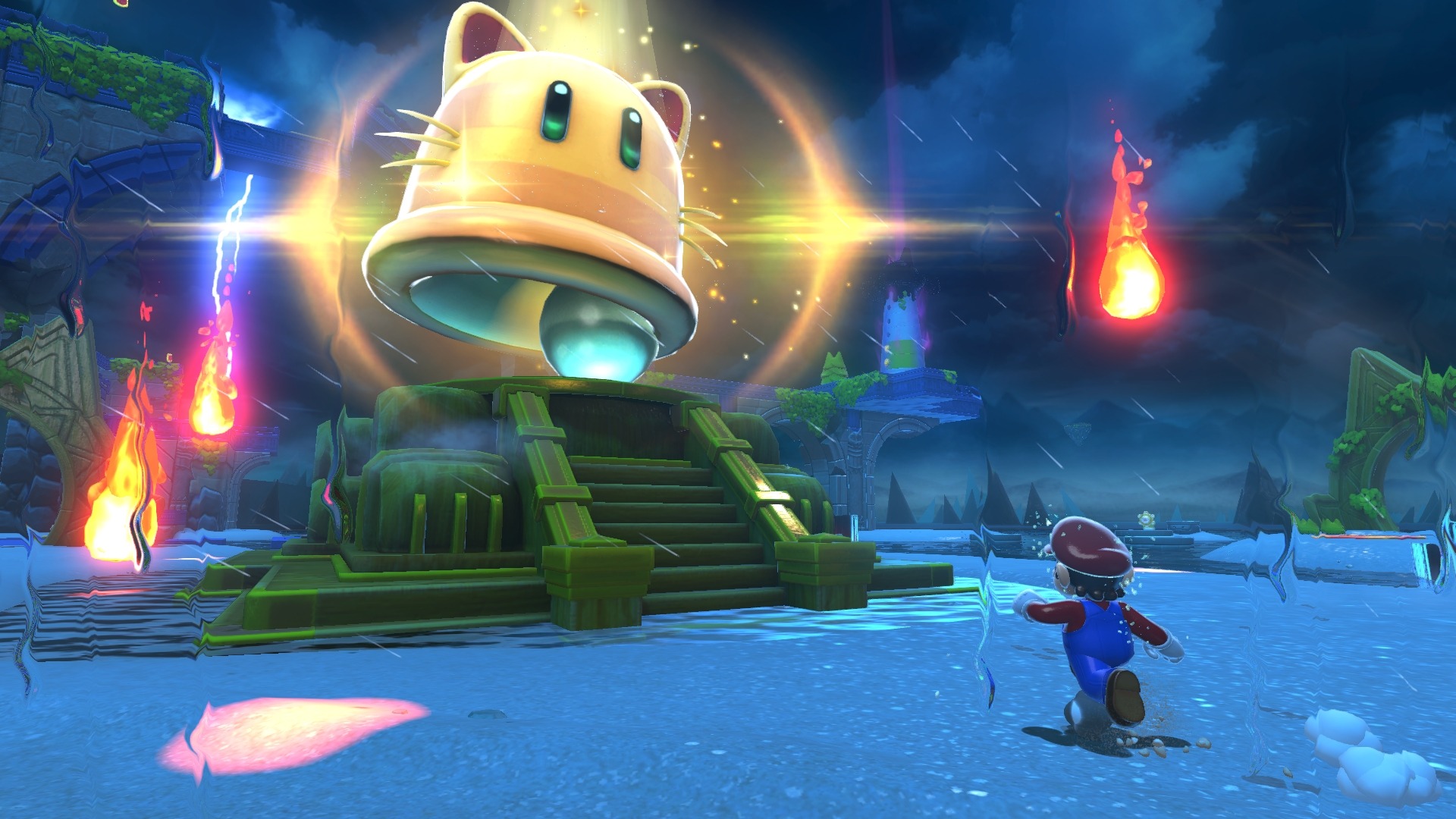 Super Mario 3D World + Bowser’s Fury will become available on Nintendo Switch on February 12, and Nintendo has released a video to give us a glimpse. For the first half of the video things look pretty happy, and then it gets ominous.