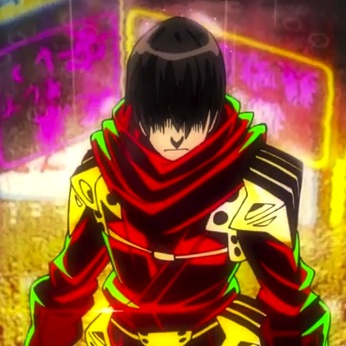 Anime studio Trigger (Kill la Kill, Inferno Cop, Little Witch Academia) is hard at work on Ninja Slayer from Animation, the series based on the light novel series by “Bradley Bond and Philip Ninj@ Morzez”… or so the story goes. If the show ends up being as fun as the backstory that’s been generated for it, we should be in good hands.

Actually, if the show is as promising as the latest promo indicates then we’re seriously in for another hit from Trigger. The latest video preview offers up the first animated look at the series, which is being directed by Akira Amemiya (Inferno Cop, episode director on Kill la Kill). See a colorful preview of the spring 2015 anime below.