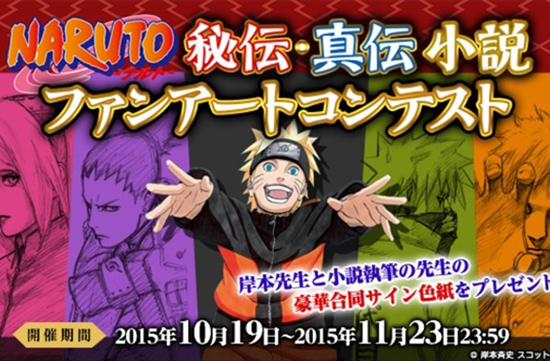 In commemoration of the release of two new Naruto light novels, video streaming site niconico has teamed up with Pixiv to run a fan art contest.

The contest is broken up into two sections: in the first, contestants are asked to illustrate a character or scene that appears in the light novel series Hiden and Shinden. In the second section, entitled “free illustration,” contestants can simply draw a favorite character.

As long as you can work your way through the Japanese menus, it appears anyone with a niconico account can upload art, so get cracking!