New Prince of Tennis TV Anime on the Way

Fans of Takeshi Konomi’s tennis manga, get ready for more anime action! A television adaptation of the Jump Square-serialized manga, The New Prince of Tennis, has officially been green-lit.

The announcement comes via a promotional poster, which also notes that the manga’s sixth volume goes on sale in September. Takeshi Konomi’s follow-up to The Prince of Tennis has been running in Shueisha’s Jump Square magazine since 2009. 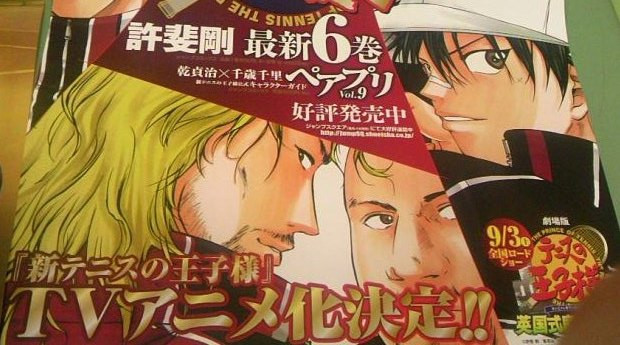 Velveteen & Mandala
Kokuriko-zaka kara (From Up on Poppy Hill)