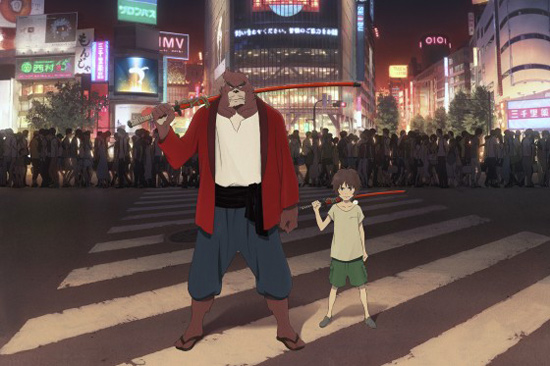 Fans of director Mamoru Hosoda (Summer Wars, Wolf Children), will be jumping for joy with the news his next film has been announced.

The poster describes The Boy and The Beast as a “new action-adventure film.”

According to Japanese site Cinema Today, the film takes place in a world of animals known as Juutengai. A young boy with no family somehow finds his way from the human city Shibuya to the animal city Juutengai, where he meets a strong but stubborn bear-like swordsman.

Two of the film’s key themes will be “father and son” and “growing up.”

Said director Hosoda, speaking about the new film, “in today’s society, family values are changing. We’re currently in a critical moment in which we’re groping for a new set of family values instead of referring back to traditional ones.” He also mentioned he wants the film to cheer on young people who are asking themselves “what kind of person am I?”

The official site for the film, featuring a summary of the plot and comments from Hosoda, opened following the announcement.

Three of the films announced art directors are Takashi Omori, Yohei Takamatsu, and Yoichi Nishikawa, all of whom are from Studio Ghibli. 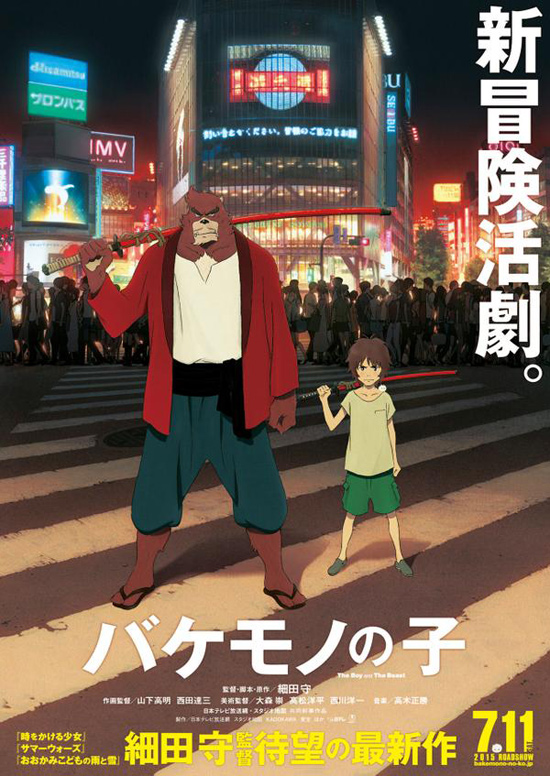 Japanese translated by the author

View all posts by Matt Schley
23% Of Japanese Consider Themselves Otaku
One Piece: Pirate Warriors 3 Dated