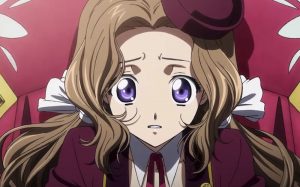 Taking place two years after Zero Requiem, the new Code Geass: Lelouch of the Re;surrection sequel anime film is on the way to theaters in Japan. Thanks to the first full trailer, we now know to expect the premiere on February 9, 2019. The video also introduces some new characters: the Ayumu Murase-voiced Shario, the Nobunaga Shimazaki-voiced Shesutaaru, and the Wataru Takagi-voiced Bituru.

Lelouch of the Re;surrection previously confirmed the return of some of the series’ key characters, including C.C. (voiced by Yukana), Suzaku Kururugi (Takahiro Sakurai), and Nunnally Lamperouge (Kaori Nazuka). Check out the trailer below, which was posted on October 5 to commemorate the TV debut of Code Geass: Lelouch of the Rebellion 12 years ago to the day.