New Behind The Scenes Ghost in the Shell Footage Revealed

The promotional machine for next year’s live-action Ghost in the Shell is picking up steam.

The latest reveal is a three-minute behind-the-scenes look at the shooting of the film via Entertainment Tonight, which continues to show the heavy influence of the original 1995 animated film on this live-action version.

Ignore the dweeb interviewing Johansson and check out the gun battle being filmed, which seems to be a virtual remake of a scene from Mamoru Oshii’s Ghost in the Shell in which the Major and Batou trade shots from behind the cover of their car with a ghost-hacked, thermoptically-camoflauged assailant.

Another brief shot taken on a boat seems to be a callback to a scene in that film in which the Major takes a philosophical dive into the ocean. 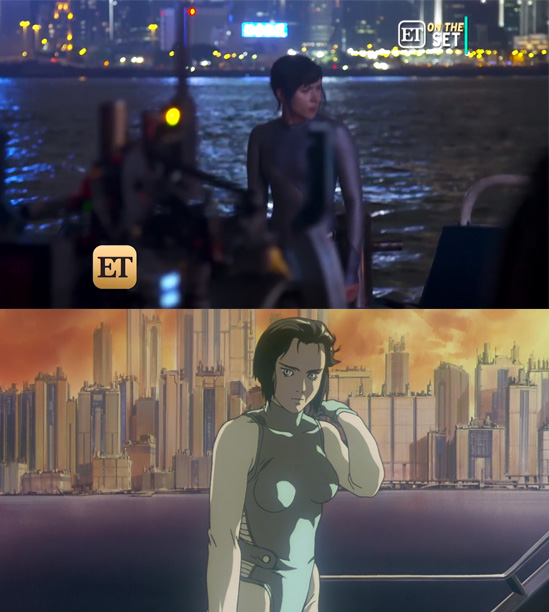 Finally, major Ghost in the Shell geeks will notice a certain dynamic duo at the 1:41 mark – Mamoru Oshii and Kenji Kawai, director and composer of the original film, who we reported visited the set back in June.

An interview with producer Avi Arad published earlier this month suggested the film was not a remake of any one Ghost in the Shell property, but a mix of different elements from different parts of the franchise. 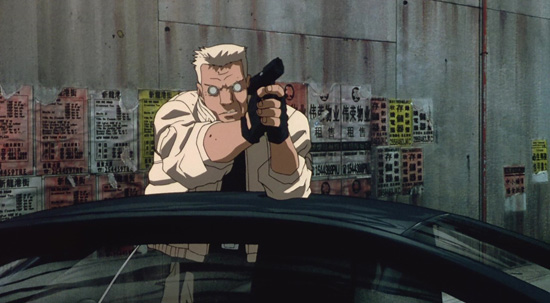