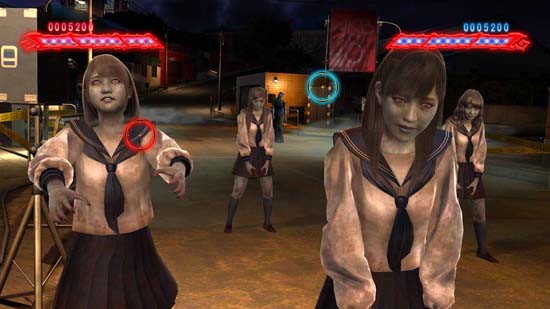 Do you love massive idol group phenomenon AKB48? How about Sega light-gun arcade classic The House of the Dead? 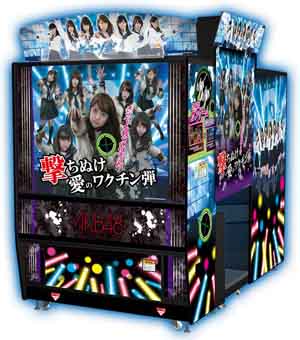 Well, Bandai Namco Games must have sensed a market demand for those two great flavors going together, because they totally just made it happen: Sailor Zombie ~AKB48 Arcade Edition~ is an arcade light-gun game that tasks you with shooting zombified versions of AKB48 members with special vaccine bullets in order to turn them back into their regular ol’ human idol selves.

Of course, you won’t just be shooting AKB48 members — there are also regular monsters to fight, and whoa, rhythm games featuring AKB48 hits like “Gingham Check” and “Flying Get” to play.

You also get to pick from one of seven AKB48 members to team up with in order to take back their former idol comrades. Selectable members include Yuko Oshima, Mayu Watanabe, Yuki Kashiwagi, Rina Kawaei, Anna Iriyama, Mako Kojima and Miki Nishino. Sadly, Minegishi Minami, who had that whole head-shaving scandal last year, didn’t make the cut. Ah, well.
Sailor Zombie ~AKB48 Arcade Edition~ will be hitting Japanese game centers in April. 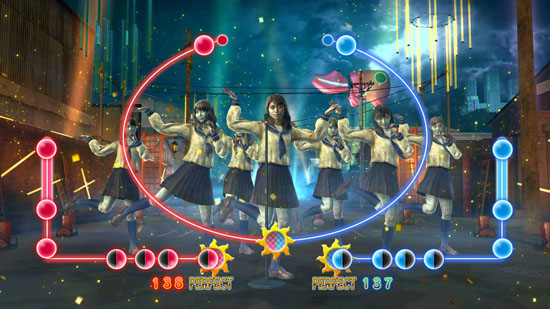