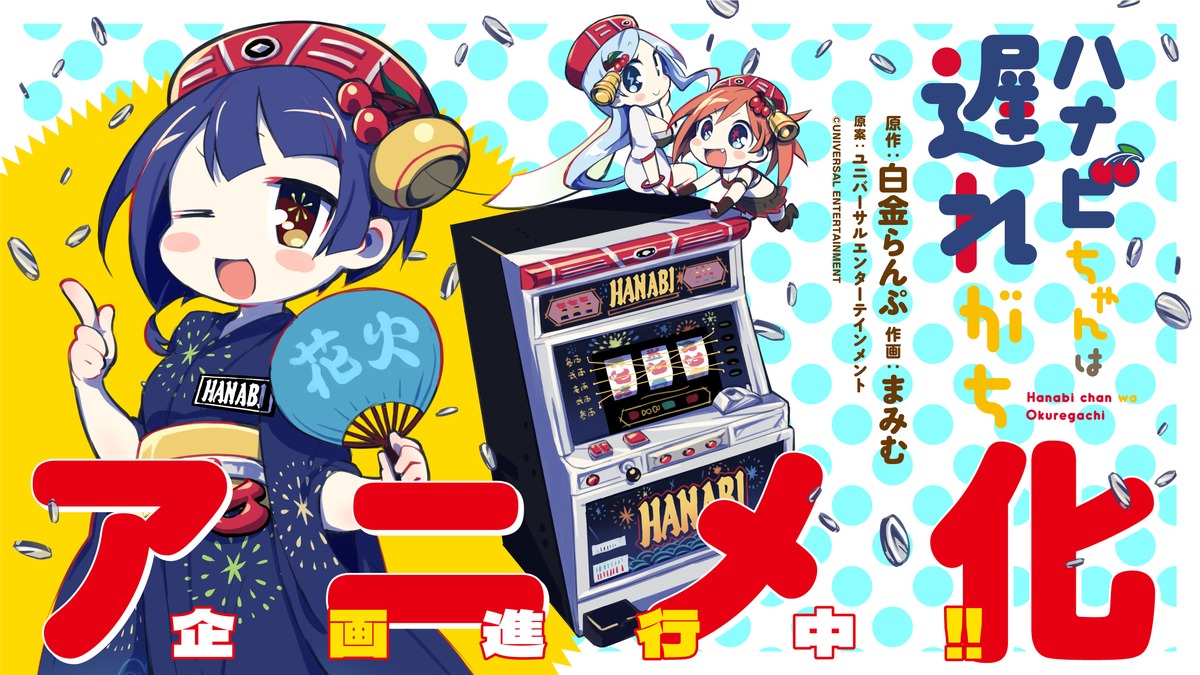 Everything has the potential to be personified as a cute girl in the world of anime and manga, and that definitely includes pachislot machines. That’s the transformative magic at work in writer Lamp Shirogane and illustrator Mamimu’s Hanabi-chan wa Okuregachi four-panel manga, which is based on the original creations of UNIVERSAL ENTERTAINMENT, and now it’s getting an anime.

The title can be translated as Hanabi Tends to Fall Behind, and details on the anime adaptation are light beyond the initial announcement. For now, an official Twitter feed is live. 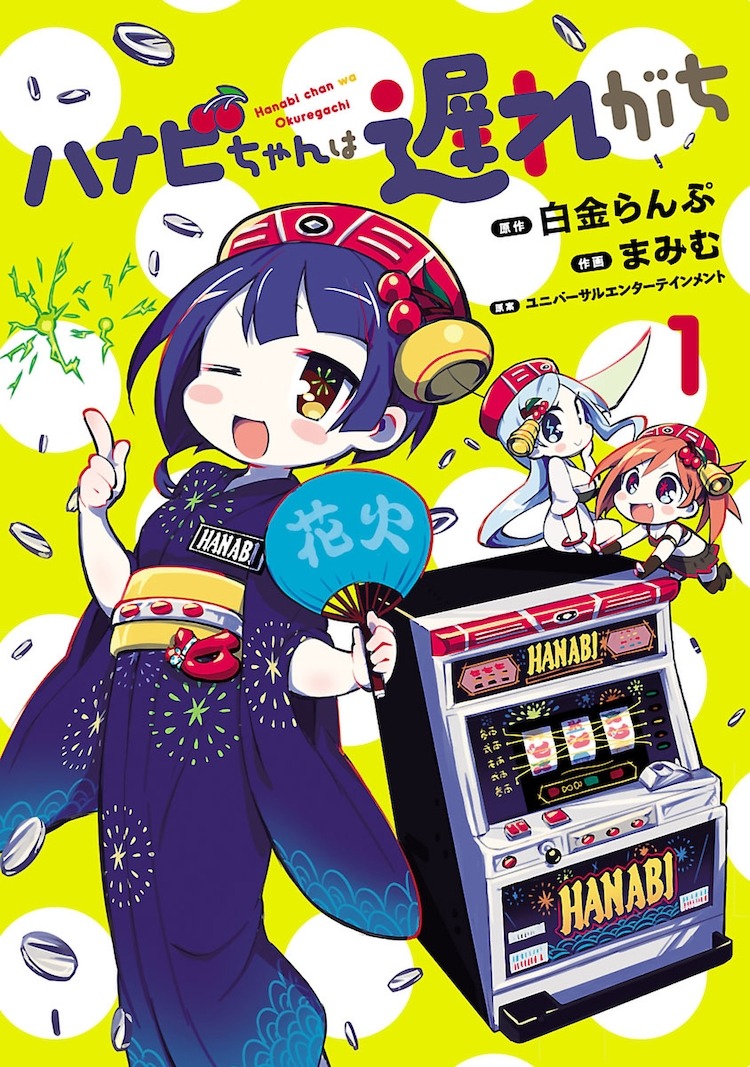 The Hanabi-chan wa Okuregachi manga follows a pachislot machine who has been granted human form, Hanabi, and her friends Versus and Thunder V. Together, the trio works at the Shitamachi Godheaven gambling hall. Lamp Shirogane and Mamimu’s manga is serialized on the Hero’s Comiplex website.