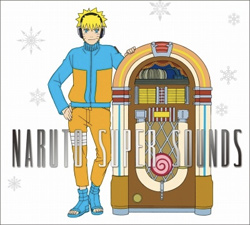 To commemorate the finale of Naruto, November 26 will see the release of a new Naruto soundtrack album, Naruto Super Sounds, and a live event in Tokyo’s Shibuya district, with several of the musicians present, says anime news site Anime Anime.

Aside from the CD, Naruto Super Sounds contains a DVD with creditless opening and ending themes, a 40-page booklet and special stickers.