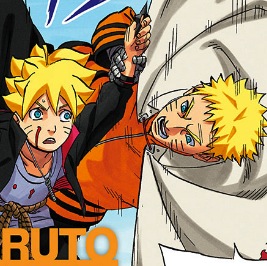 Despite the lack of One Piece and Bleach in the latest issue of VIZ Media’s digital Shonen Jump, the weekly anthology still had plenty to offer, especially for fans of the recently-concluded Naruto. Not only was series creator Masashi Kishimoto on hand to select and comment on Naruto fan art, the issue also announced plans to run the upcoming follow-up manga.

The limited series, Naruto: The Seventh Hokage and the Scarlet Spring, will kick off in the pages of the English Jump right alongside next week’s Golden Week double issue in Japan. Here’s the teaser image as it appeared in the latest issue. 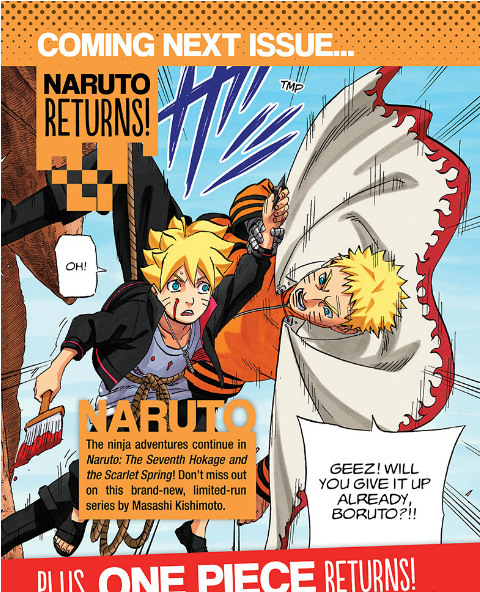