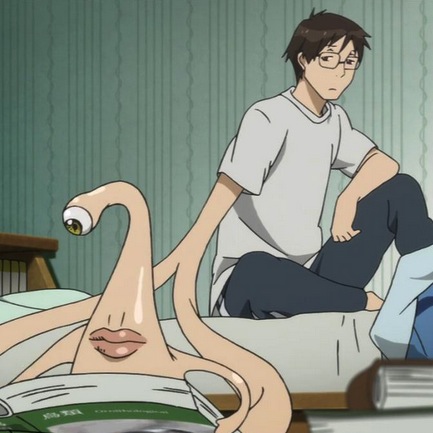 Imagine a world in which we all got to enjoy a Studio Ghibli adaptation of Hitoshi Iwaaki’s sci-fi horror manga Parasyte. According to Studio Ghibli co-founder Toshio Suzuki, it could have happened. The second half of the live-action Parasyte adaptation hits Japanese theaters on April 25, and the TokyoFM podcast recently featured Suzuki speaking with Parasyte film producer Genki Kawamura regarding some of Ghibli’s previous considerations.

Suzuki told Kawamura about the admiration both he and Hayao Miyazaki had for Parasyte, adding that they once considered adapting the material at Studio Ghibli. Unfortunately, New Line previously held the rights to a Hollywood adaptation of the series. Those rights expired in 2013, opening the floodgates for projects like the TV anime adaptation by Madhouse and the live-action films.

As for Ghibli x Parasyte, all we can do now is dream about what could have been.