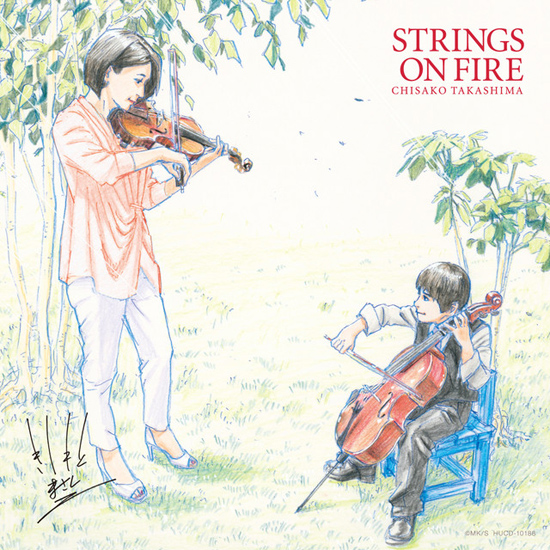 What’s Masashi Kishimoto, creator of Naruto, up to now that his 15-year-old manga has ended? Aside from working on Boruto: Naruto the Movie and illustrating a Naruto spinoff manga, Kishimoto appears to have found some time to illustrate the jacket for a new album by violinist Chisako Takashima.

Kishimoto’s jacket for Takashima’s new album, Strings on Fire, features Takashima playing alongside her son, who also appears on the album.

Commented Kishimoto, “Congratulations to Ms. Takashima for the release of her album. I drew the jacket art with the themes of “becoming an adult” and “reaching for a goal,” and hopefully I was able to capture the grace and power of the performance.”

A nice side project for Kishimoto, who seems to be working as hard as ever on Naruto-related projects despite the main series being completed.