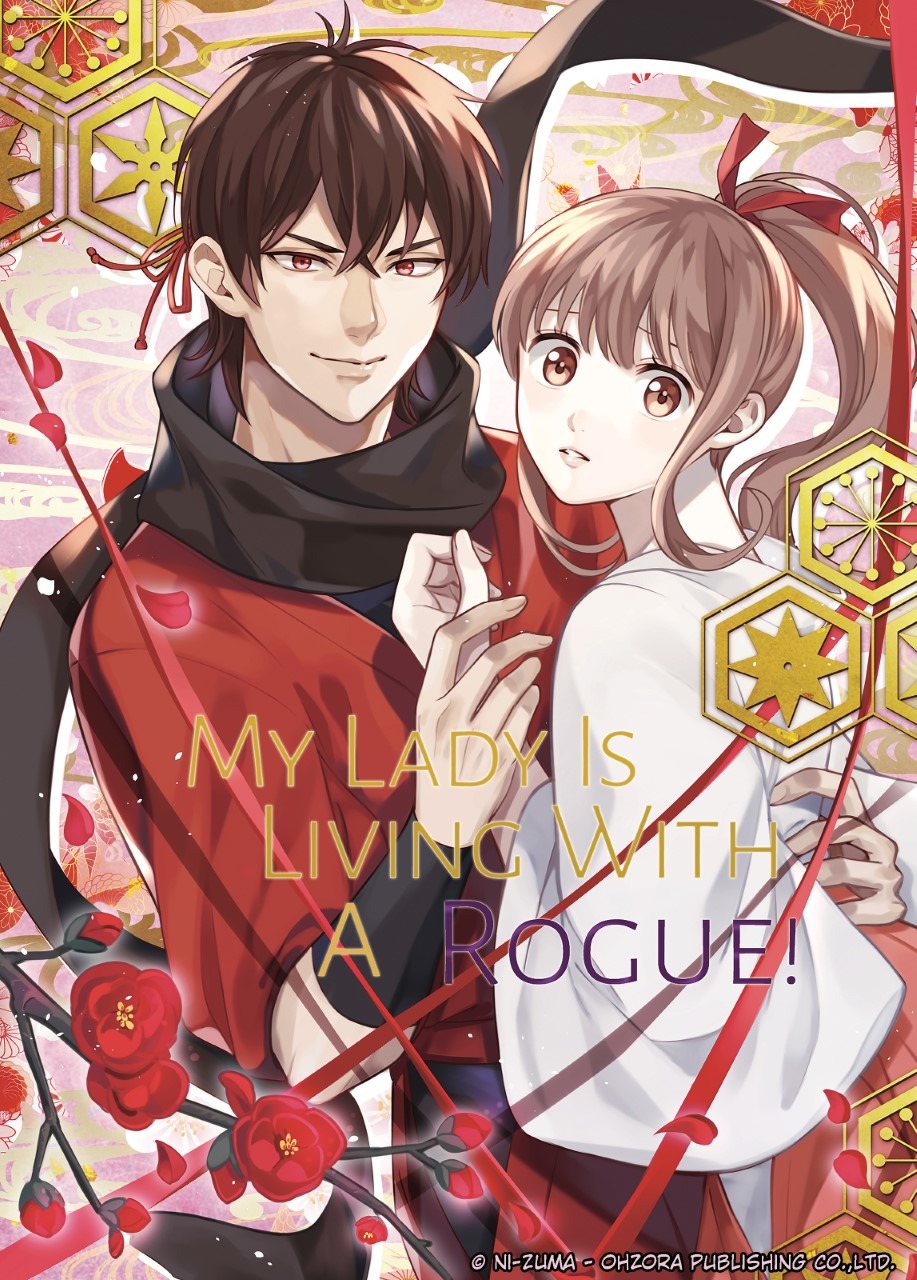 My Lady Is Living with a Rogue is a Teen Love (TL) manga that comes with an audio book. This is MediBang’s first foray into English-language manga audio books, and it has actors reading the lines and includes some music and sound effects to increase the atmosphere.

As you can probably guess from the title, the manga is a romance, somewhat similar to what Harlequin might publish. Its plot is not sophisticated or super realistic, but it’s not meant to be. This is a beach read, a bit of escapism, and at only 129 pages (and about a 40-minute audio book) it’s quick to go through. The main character, Chizuru, is a princess. Hayato the “rogue” is actually a ninja she’s known since childhood and feels close to. But it’s been a while since they’ve seen each other, and as Chizuru quickly points out to the reader, Hayato has grown much more manly since she saw him last. Chizuru is something of a flighty, ditsy but well-meaning character, not an uncommon trope. Hayato has humorous moments but is usually serious, and is always there to protect Chizuru. He does one thing where he screws with her head that, let’s say, would not go over well in real life, but it doesn’t bother Chizuru and in fact she ends up liking the action he takes.

Hayato has a mission to protect Chizuru, and this involves them pretending to be husband and wife. Oh, and he also teaches her some sensual fighting. While the manga is labeled the category of teen love, it’s more sensual than your average American YA book might be, and has some similarities to josei, or manga aimed for grown women. The art is nice, smooth and flowing. A few times the audio book misses some dialogue, but it doesn’t happen often, nor is it the important dialogue. The music matches up quite well for a few scenes in particular, making them feel more real.

The manga and audio book combination is available through eManga, BOOK☆WALKER, Sekai Project, and MangaCat. The manga by itself is available in more places.

my lady is living with a rogue 1