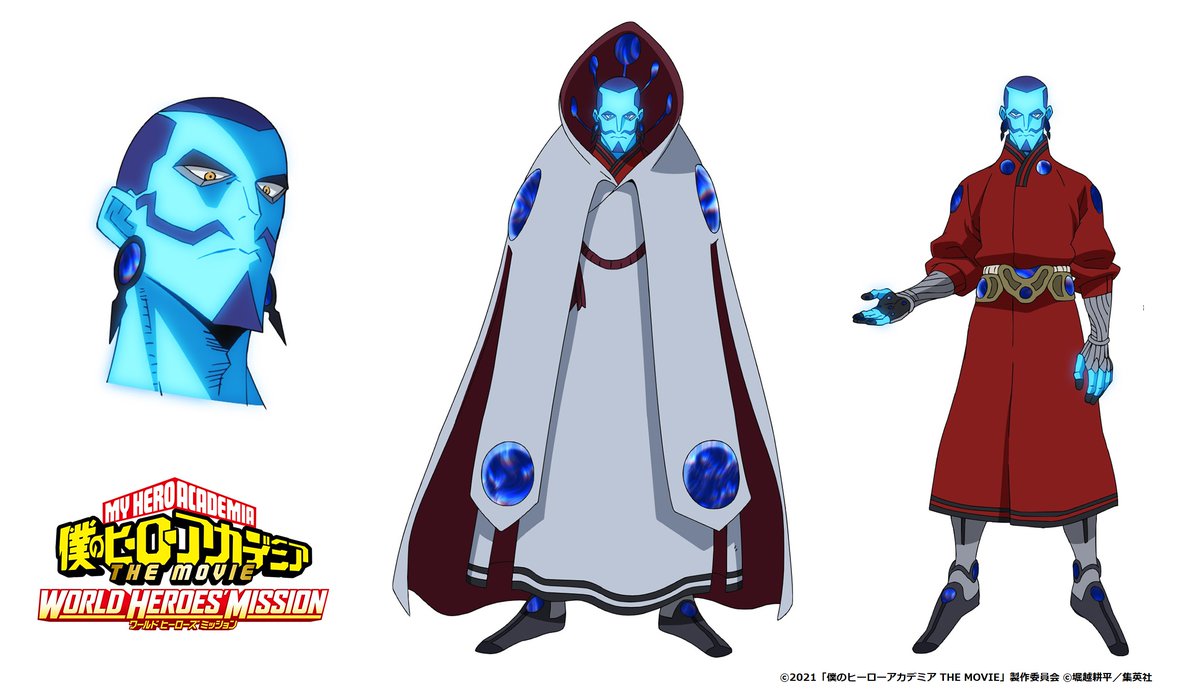 My Hero Academia: World Heroes’ Mission is the third feature anime film project for Kohei Horikoshi’s hit series, and it’s on the way to cinemas in Japan on August 6. In the meantime, more details have been revealed, including the first full look at the character design for original villain Flect Turn.

Designed by Horikoshi himself, the villain is part of an organization that aims to wipe out everyone with Quirks, which he sees as powers that will eventually become uncontrollable as they’re passed down from one generation to the next. You can see Horikoshi’s design above.

The voice behind the villain belongs to Kazuya Nakai, who also voices Roronoa Zoro in the One Piece anime, among other roles. Here’s what he had to say about the opportunity:

“I am very excited to be a part of HeroAca, which is a globally popular series. My character Flect plots terrorism with the belief of saving humanity. He is a hero of the wrong side, so to speak. I’ll do my best to make him a realistic antagonist that is appropriate for the story to deliver in this age of conflicting values.”