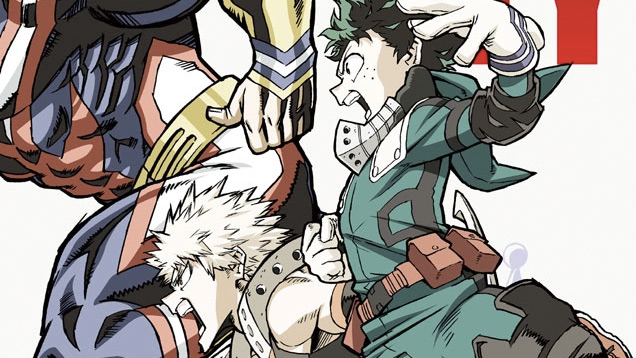 Get ready, My Hero Academia fans: the third season of the hit series is set to hit screens this April 7.

That news was revealed by the cover of the new volume of spinoff manga My Hero Academia: Vigilantes.

The third season will retain the same timeslot, cast and crew of seasons 1 and 2, and cover the manga’s forest school trip arc. The cast of season 3’s Pussycats team was revealed this week.

The April 7 premiere date may have been revealed slightly ahead of schedule: the Vigilantes cover was tweeted by its artist, Betten Court, a few days before its official February 2 release date.

For those who aren’t familiar with My Hero Academia, there’s no better time to get in on the action. Here’s a description from Funimation, who are simulcasting the series:

In a world where eighty percent of the population has some kind of super-powered “quirk,” Izuku was unlucky enough to be born completely normal. But that won’t stop him from enrolling in a prestigious hero academy. Now, the promising freshman class is making its debut at the world-renowned U.A. Sports Festival! It’s Quirk versus Quirk as our young heroes face off in the ultimate showdown.