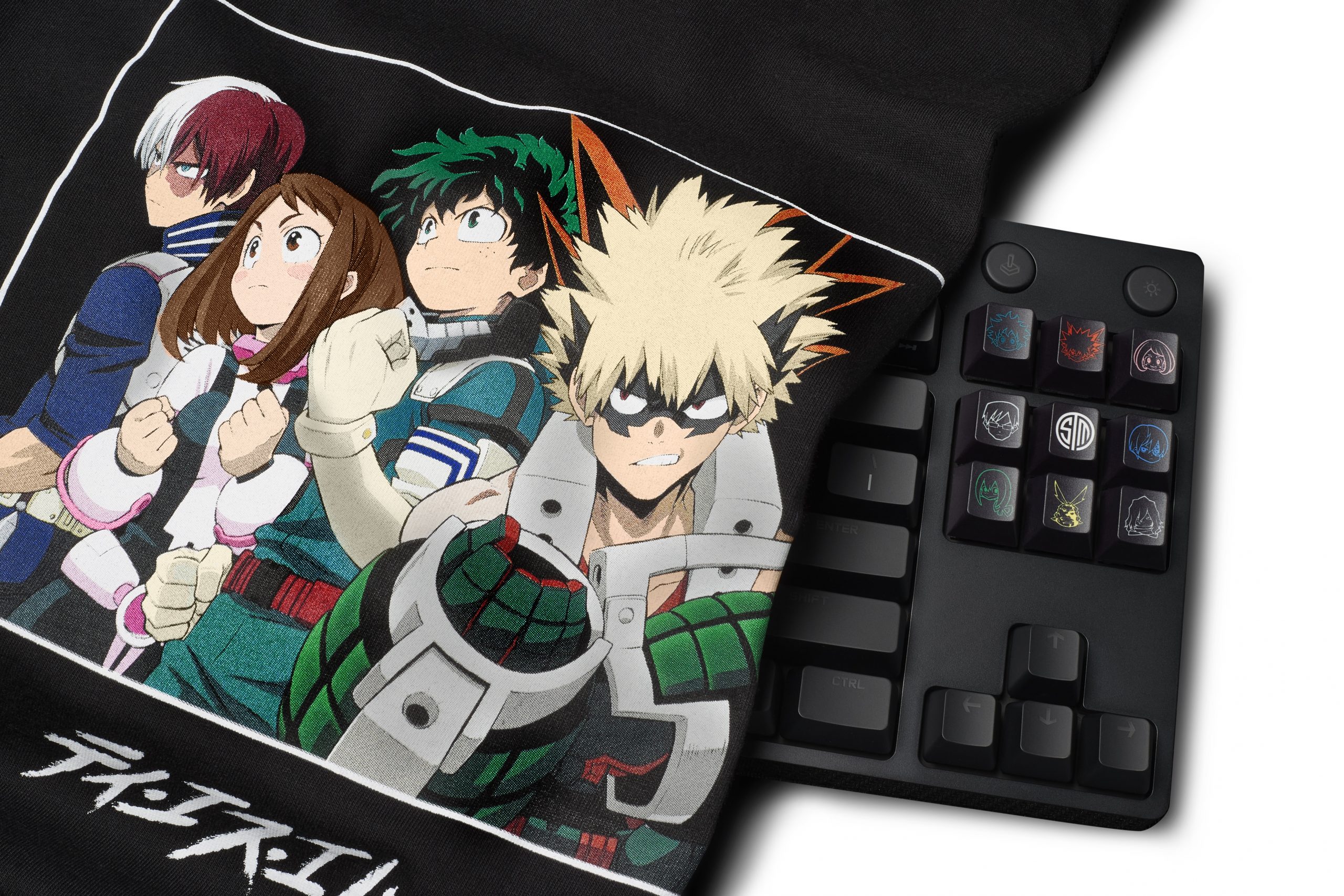 The sixth season of My Hero Academia just burst onto the scene, and as part of the rollout, esports organization TSM has teamed up with Crunchyroll to make clothing and gaming accessories.

“The world of My Hero Academia feels very fitting in how it parallels esports and TSM,” remarked Vice President of Apparel for TSM Erik Marino in a press release. “Players training in the academy to rise and become pro, we often think of some TSM players, like Imperial Hal and Solo, as full-fledged pro heroes with their own special quirks.”

My Hero Academia fans will get their first chance to touch and see these items at Twitchcon San Diego, which begins October 7. But after that, they will only be available through the TSM website here. They officially go on sale online on October 18. 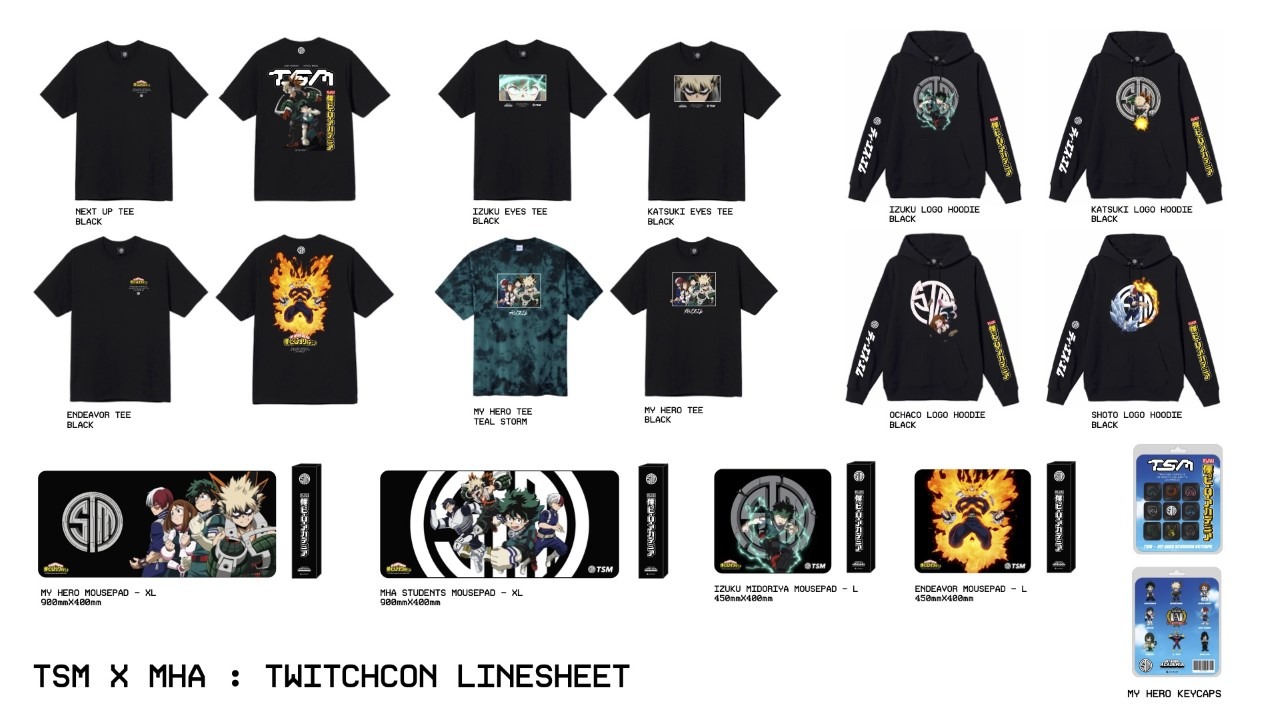 The press release described the collection as “pro-caliber gaming accessories including graphic mousepads and a fun assortment of My Hero Academia fan-favorite characters on keycaps, as well as a wide variety of staple athletic garments including graphic hoodies and tees.”

VIZ Media publishes the original My Hero Academia manga by Kohei Horikoshi in English. They gave this description of the first volume:

TSM gave this description of itself:

“TSM is the most valuable esports organization in the world. A platform of champions, TSM FTX seeks to provide maximum value through the competitive excellence of its teams and the creation of exciting, educational, and entertaining content that deliver the ultimate esports and gaming fan experience.”

Report: Kadokawa Chairman to Resign After Indictment for Bribery
Chainsaw Man Manga Has Over 16 Million Copies in Circulation