My Brain Is Different Is a Serious and Personal Nonfiction Manga 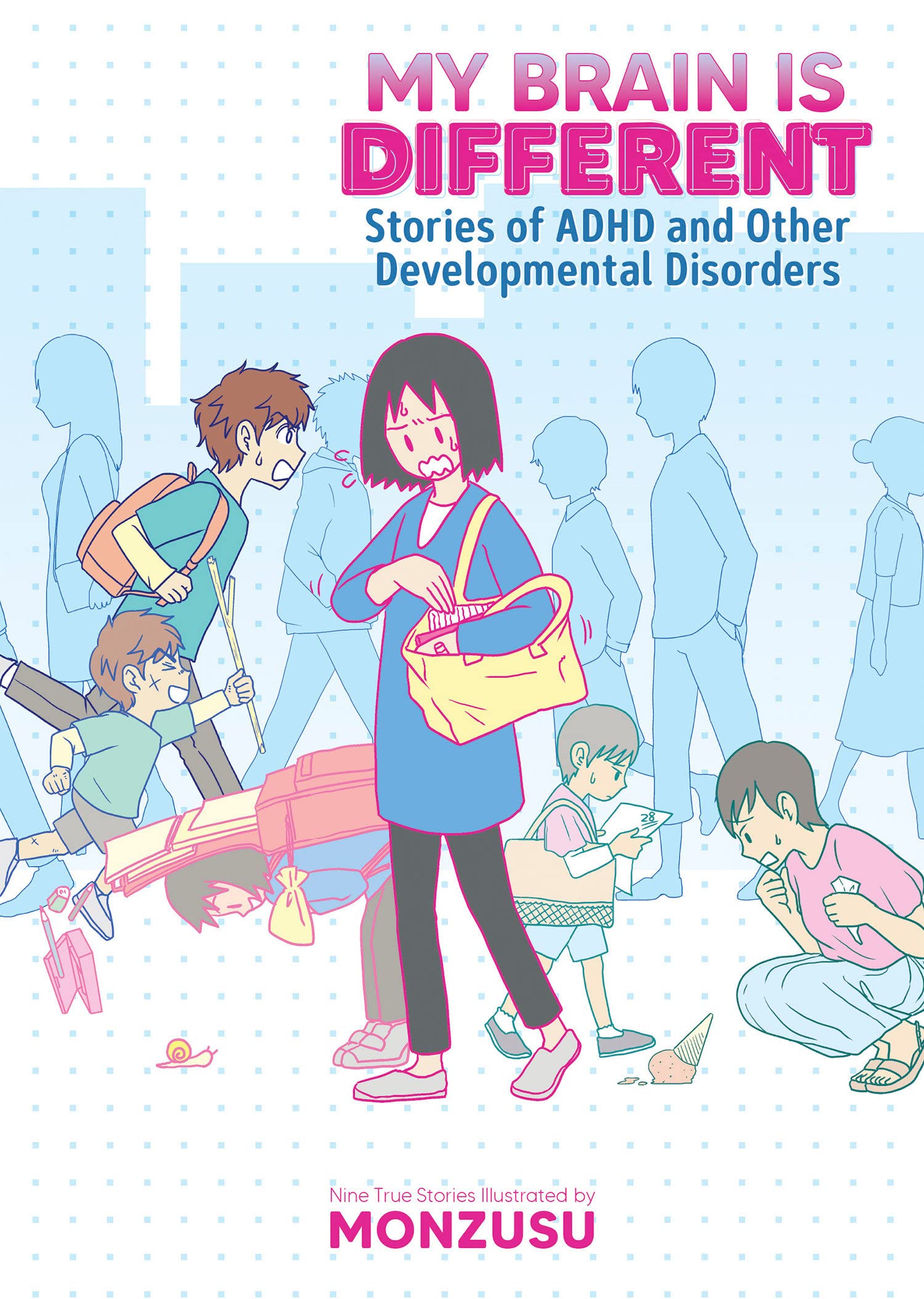 My Brain Is Different: Stories of ADHD and Other Developmental Disorders is a nonfiction manga that follows the lives of nine different people with various developmental disorders. The mangaka, Monzusu, was diagnosed with ADHD as an adult, and her son was also diagnosed with a developmental disorder. She opens the manga with her story, then moves on to tell other stories from people who reached out to her about their experiences.

ADHD, learning disabilities, ASD, schizophrenia and depression are all covered. Some are covered more than once. Most stories are told from the point-of-view of the person with the disorder, but a few stories give perspectives from family members living with them.

The manga explains a few terms, but mostly this is personal storytelling as opposed to educational. In other words, it’s about experiences instead of teaching people what each diagnosis means. It also doesn’t try to offer easy answers, and it notes in the beginning that there are controversies around some of the diagnoses used. At the end of the day, this manga just lets the people speak for themselves about what they’ve been through. Monzusu, in her storytelling style, comes off as both sympathetic and neutral. Common experiences the people have in this manga include feeling isolated, feeling misunderstood, and finding relief when they are diagnosed and understand that there are reasons for their difficulties.

While there are some happy moments, a lot of the book is about the challenges the people face, especially challenges around family, school and work. Manga about true stories are quite popular in Japan, but they’re less likely to be licensed in North America. But a manga like this gives new perspectives, including cultural ones, and can be eye-opening for readers. This is an interesting and unique manga, and any manga fans already interested in the subject matter ought to appreciate it.

My Brain Is Different: Stories of ADHD and Other Developmental Disorders 1