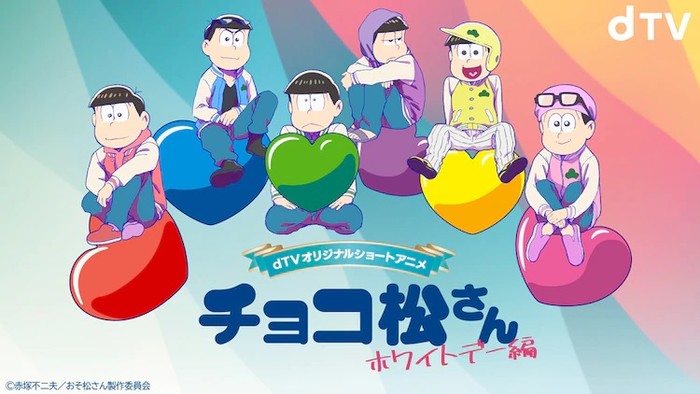 In February, Japan’s dTV played Valentine’s Day-themed short animated videos with characters from the anime Mr. Osomatsu. March 14 is the Japanese holiday White Day, where people give gifts back to whoever gave them gifts on Valentine’s Day. So Mr. Osomatsu is coming out with shorts for that as well, called Chocomatsu-san White Day-hen.

This trailer was aired:

Three shorts for White Day were made, and they will play on March 13-15. As for the actual series of Mr. Osomatsu, VIZ Media is coming out with a Blu-ray on March 9.